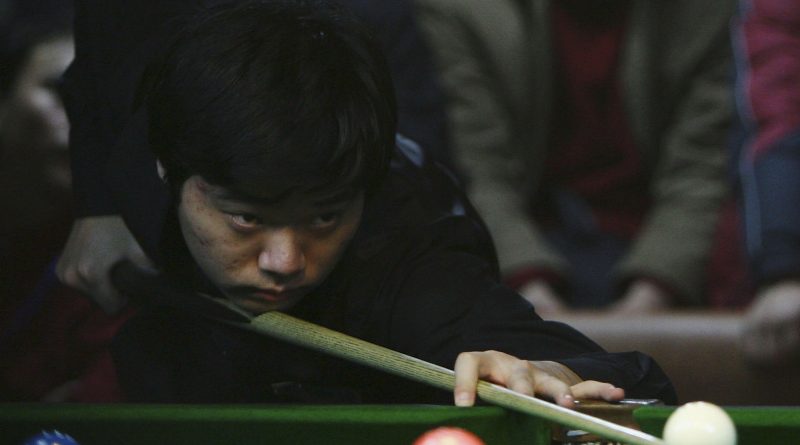 
Thirteen years ago, today’s world number one snooker player Ronnie O’Sullivan probably didn’t think that in 2022 he’d be taking part in what might be the biggest tournament in the history of the sport. At that time, he was predicting the impending demise of the pool-like game.

In 2009, O’Sullivan famously said professional snooker—a historically British ball and cue sport in which bow-tie and waistcoat-clad players compete in intense silence—was on “a downward spiral.” “It just feels boring,” he said, as tournament sponsors and prize money dwindled. The next year, sports journalist Barney Ronay concurred in an article in The Guardian titled, ‘Why snooker won’t survive the decade.’ Ronay forecast that, by 2020, snooker could be an amateur sport again.

How wrong they were. The Hong Kong Masters, which started Thursday and ends Sunday, is expected to set a new record for the largest-ever live snooker audience, with up to 9,000 spectators turning out at the Hong Kong Coliseum to watch the final. The record-breaking tournament’s location in Hong Kong is perhaps an indication of how Asia has revitalized the uniquely British sport.

Snooker was invented by a British army officer stationed in India in 1875. By the 1930s it was the most popular cue sport in the U.K, according to Sky History TV. In 1985, one-third of the U.K.’s population watched the World Championship—despite it dragging on past midnight. But its popularity began waning in the 1990s. And snooker never really gained sustained traction elsewhere in the world, with top players consistently hailing from Great Britain or Commonwealth countries.

That is, until Chinese player Ding Junhui burst onto the scene.

Read More: ‘To Be Number One Is the Target.’ China’s Ding Junhui Is Taking on the World Snooker Championship

After his father noticed his son’s talent at pool, Ding was pulled out of school to concentrate on playing snooker. As a teenager he was sent to Sheffield, where the World Championships take place each year. When the young Ding took on seven-time World Champion Stephen Hendry and won in the 2005 China Open, “China gained a figurehead and a poster boy,” according to World Snooker, in a moment that “became a catalyst for the rise of the sport in China.”

“All of a sudden Chinese people or Asian people believed that it is a game that they can win,” says Django Fung, who manages several of the world’s top players and is a director at Yello Marketing, which is an organizer of the Hong Kong tournament.

By 2016, there were more ​​snooker players in China than the rest of the world combined, according to Foreign Policy in Focus, and by 2018, China had the second highest number of players on the world tour, behind only England. Today, there are more than 25 players from Hong Kong and mainland China on the world tour, out of about 130 total players. Another four players are from Thailand.

World Snooker estimates that there are about 350 million snooker fans throughout Asia, where demographically, their fans are younger than other regions; whereas 27% of snooker fans in the U.K. are 50-years-old or younger, 80% of fans in China are in that age range.

That has helped push the sport forward in Asia. “There’s quite a large proportion of Chinese players in the main tour,” says Fung. “They’re young and they’re doing well; some of the Chinese players are already winning tournaments at a young age, so we’re attracting a different kind of audience,” he says, adding that snooker is now more popular in Asia than the rest of the world, at least in terms of the size of the audience, given the population of China and the region at large.

Snooker commentator David Hendon says the professional tour had become “quite reliant on the Asian market” before the pandemic. About a third of major events were held in Asia, though China’s zero-Covid policies have slowed things down. Hendon noted that the shift toward more Asia-based competitions has helped boost earnings for professional players, as Chinese-held tournaments were especially lucrative. The China Open was second in prize money only to the World Championship.

Fung hopes that, as soon as China’s borders reopen, tournaments in the mainland can resume, so the popularity of the sport can continue to accelerate. “In a couple more years, I can see another 20 Chinese professionals on the main tour,” he says. “The future is definitely going to be in Asia.”

Cue the next generation

Snooker no longer looks to be dying. “The only way is growth,” says Miles Pearce, the commercial director at World Snooker, who says he is working with new broadcasters in places like Taiwan, Indonesia, Malaysia and Singapore. “We are growing quite well on our broadcast reach, and obviously that’s doing some great things for our potential for events over there.” He also notes that Asia’s first-ever Q School, which allows players to qualify to play on the professional tour, was just held in Bangkok in June.

In Hong Kong, Baniel Cheung co-founded the children’s snooker school Master Snooker Academy with Marco Fu, who is currently ranked 100th in the world. Cheung says that since opening in 2020, his academy has trained hundreds of kids to play snooker—some as young as 4-years-old.

And what were once considered the stuffy traditions of an aging sport in need of a modern makeover are now appealing factors: “When kids wear a tuxedo, they look so smart. Parents love it so much,” Cheung says. “Football or soccer or badminton is really common already, and they really want to look for something that is special, that can also train their kids with manners and critical thinking.”

O’Sullivan—who faces off against home-crowd favorite Ng On-yee in his opening match in Hong Kong on Friday—seems to have changed his tune on the future of snooker too. In June, the seven-time world champion opened his own academy to train the future stars of the sport, not in London, where he lives, but in Singapore.