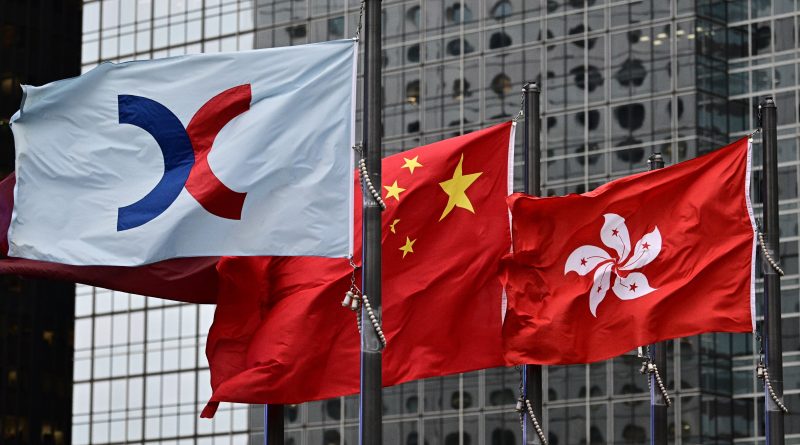 Hong Kong’s Hang Seng index jumped 1.02% after losses earlier in the week. It had returned to trade after a holiday on Wednesday.

Shares of China Evergrande Group in the city jumped more than 12%, paring some gains after soaring more than 20% earlier. That was also after days of losses — although its year-to-date plunge is still more than 80%.

Reuters reported Thursday that China Evergrande Group’s chairman said the firm’s top priority is to help wealth investors redeem their products, though questions remain over whether the embattled Chinese developer will pay the interest due on a dollar-denominated bond on Thursday.

Shares of other Hong Kong-listed Chinese property developers were also up: China Vanke jumped 5.28%, while Sun Hung Kai was up more than 1%. Country Garden soared 7.15%.

Meanwhile, Hong Kong-listed shares of HSBC rose nearly 2%. Those gains came after HSBC’s CEO said he does not see direct impact from Evergrande’s debt problems on the lender, according to Reuters.

Mainland Chinese stocks were also higher, with the Shanghai composite climbing 0.44% while the Shenzhen component advanced 0.654%.

South Korea’s Kospi, returning to trade from holidays earlier in the week, slipped 0.63%. The S&P/ASX 200 in Australia edged 1.12% higher.

Markets in Japan are closed on Thursday.

The U.S. dollar index, which tracks the greenback against a basket of its peers, was at 93.445 following a recent spike from around 93.

The Japanese yen traded at 109.86 per dollar after weakening yesterday from below 109.5 against the greenback. The Australian dollar changed hands at $0.7222, below levels around $0.728 seen earlier in the week.

Oil prices were higher in the morning of Asia trading hours, with international benchmark Brent crude futures up 0.3% to $76.42 per barrel. U.S. crude futures edged 0.21% higher, trading at $72.38 per barrel.