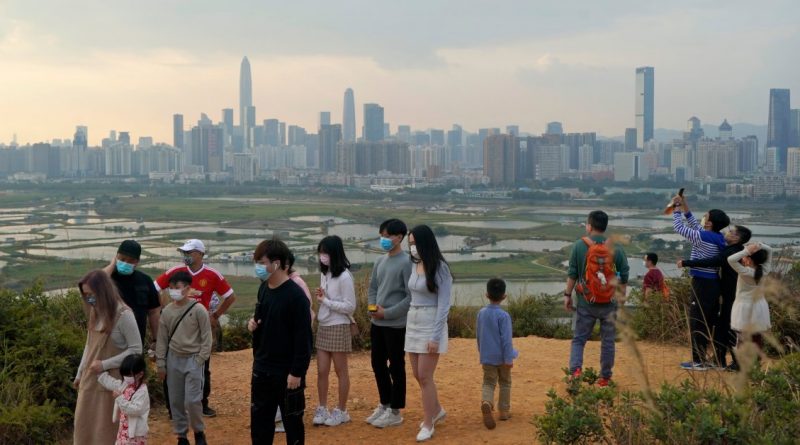 
HONG KONG — Hong Kong will start to reopen its border with mainland China on Sunday and allow tens of thousands of people to cross from each side every day without quarantine, the city’s leader said.

The city’s land and sea border checkpoints with the mainland have been largely closed for almost three years under China’s “zero-COVID” strategy, which has restricted entry to the country, isolated infected people and locked down areas with outbreaks. The reopening is expected to provide a much-needed boost to Hong Kong’s economy.

Thursday’s announcement came as China is easing some of the world’s toughest anti-virus controls. From Sunday, China will also gradually increase the number of flights between Hong Kong and the mainland and scrap the limit on passenger numbers for flights from the city, the Chinese government said in a statement.

“When travelers enter the mainland, they will no longer need to undergo quarantine,” Chief Executive John Lee said at a press conference.

During the first phase of the reopening, four border checkpoints that were closed for nearly three years will resume operations, bringing the number of checkpoints up and running in the city to seven, Lee said. Currently, all but three checkpoints in Hong Kong are shut.

The Hong Kong government will decide when to expand the scale of border reopening after reviewing the situation with mainland authorities, Lee added.

Under a quota system, up to 60,000 people can travel from Hong Kong to mainland China each day. The same cap is also imposed on the number of travelers entering the city from the north, he said.

Travelers will have to obtain a negative COVID-19 test result within 48 hours before departure and register online to secure a quota slot.

Hong Kong is a semi-autonomous Chinese territory that borders Guangdong province in southeast China. People must pass through immigration to cross between the two. The border restrictions imposed since 2020 have hammered the city’s economy, especially the tourism sector.

Also starting from Sunday, the mainland will no longer require inbound travelers to quarantine, marking a major step toward fully reopening travel with the rest of the world.

Mainland Chinese residents will be allowed to visit Hong Kong for sightseeing purposes in a gradual and orderly manner, depending on the city’s capacity and pandemic situation, the Chinese government added.