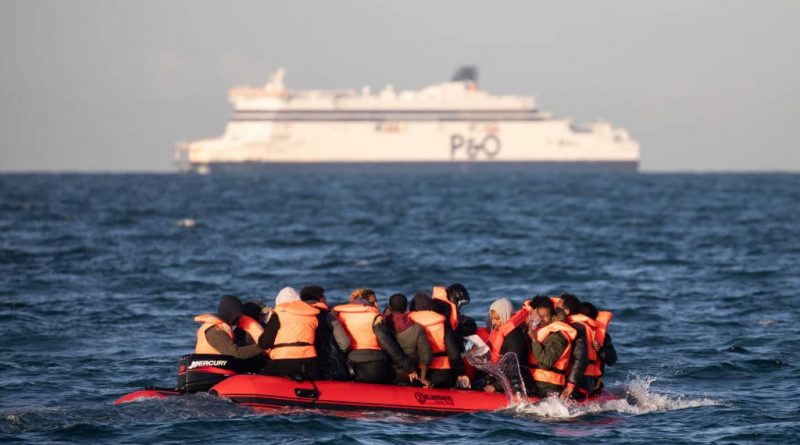 An independent report has found that Home Office targets are preventing lesbian, gay and bisexual asylum seekers from having their claims adequately assessed.

David Neal, the Independent chief inspector of borders and immigration, found that the amount of time asylum seekers are waiting on a decision from the Home Office is increasing all the time. The average wait has increased from 233 days in 2017 to 449 in 2020.

Issues abound within the Home Office, including a high turnover of decision makers, with many citing the relentless pressure to meet targets and a lack of career progression opportunities as reasons they left. Inspectors also found examples of times when inspectors have used “confrontational or insensitive questioning” when dealing with asylum seekers, despite the fact that the Home Office has recognised in its official guidance that such lines of questioning are not helpful.

Furthermore, the chief inspector noted there was a lack of awareness among decision makers that lesbian, gay and bisexual asylum seekers might not feel comfortable speaking about their sexuality in a clear, articulate fashion. Stakeholders provided evidence to the inspector which showed that LGBT+ people’s asylum claims are held to a higher standard of proof than non-LGBT+ people.

Leila Zadeh, executive director of LGBT+ asylum charity Rainbow Migration, told PinkNews that the findings in the report are “disappointing”.

“They’re the same problems that we revealed in our research report Still Falling Short, which was published in 2018,” Zadeh says. “One was about the use of stereotypes and the other was about the fact that the standard of proof isn’t being applied correctly.

“Trying to assess somebody’s sexual orientation is probably a very difficult thing for a decision maker to do,” Zadeh says. “I mean, in normal life, most people don’t go around assessing people’s sexual orientation – we just take it at face value when somebody tells you.

“It’s inherently difficult to prove, because it’s a very personal aspect of who you are and something that’s inherent to you as a person. Many people, if they’re seeking asylum, will struggle to talk about it – for them it’s a very intimate aspect of their lives that they’ve often never talked about because it’s so taboo, or if they have talked about it they’ve been rebuked at the mildest, or worse could have happened to them.”

Zadeh also notes that some cultures do not have an open conversation about issues like sexuality and gender identity, meaning some asylum seekers will struggle to open up about why they felt the need to flee.

A new report published by the @IndependentCI has found that Home Office targets are preventing asylum decision-makers from adequately assessing claims based on sexual orientation.

“When somebody’s applying for asylum, they need time in an interview to be really able to open up. It needs to be a reassuring environment, they mustn’t feel rushed and they mustn’t feel judged. If you are under pressure as an interviewer to get a certain number of interviews done in a week, you’re probably going to struggle to allow all of that to happen.

“We have heard that people in the Home Office struggle with these claims, and we believe that they need to put in place more supportive systems for people to be able to carry out these assessments. And they also need to give people better training as well so they can understand the difficulties people go through and the global diversity of LGBTQ+ people.”

She says the Home Office is “expecting too much” of LGBT+ asylum seekers because queer people are often “running away from torture or imprisonment”.

Zadeh is particularly concerned about the impact the Nationality and Borders Bill could have on LGBT+ asylum seekers if it is passed into law. Critics have said the bill will make Britain’s refugee policies the most restrictive in Europe. Zadeh says it will make it even harder for LGBT+ asylum seekers to prove their sexual orientation or gender identity.

“The standard of proof is currently at a reasonable likelihood, but what the bill would do is increase that to the balance of probabilities, so that means you’re going to have to prove to an even higher level that you’re LGBTQI+,” Zadeh says.

“On top of that, they’re saying they’ll only offer temporary protection to anybody who is recognised as a refugee. That means they’ll only get limited time during which they can stay in the country, and at the end of that time, they’ll be reassessed for removal from this country, and that’s going to create an unbearable psychological pressure.

“You want people to get refugee status and be able to rebuild their lives. Instead, people will have this hanging over their heads for as long as it is the government gives them.”

Worryingly, the bill would allow asylum seekers to be detained in other countries while their applications are considered, Zadeh says.

“This means that LGBTQI+ people could be moved to camps in countries where there is endemic homophobia, transphobia, biphobia and other forms of prejudice… It’s incredibly dangerous. People are coming here to look for sanctuary to be able to live their lives freely and be who they are and live how they want to, and instead the government is proposing to ship them offshore and leave languishing for who knows how long.”

A Home Office spokesperson told PinkNews: “The Nationality and Borders Bill is making its way through parliament to overhaul the decades old broken asylum system. This legislation marks the most significant overhaul of our asylum system in decades and will end the cycle of endless appeals and abuse of the system.

“We are taking forward the recommendations in this report.”