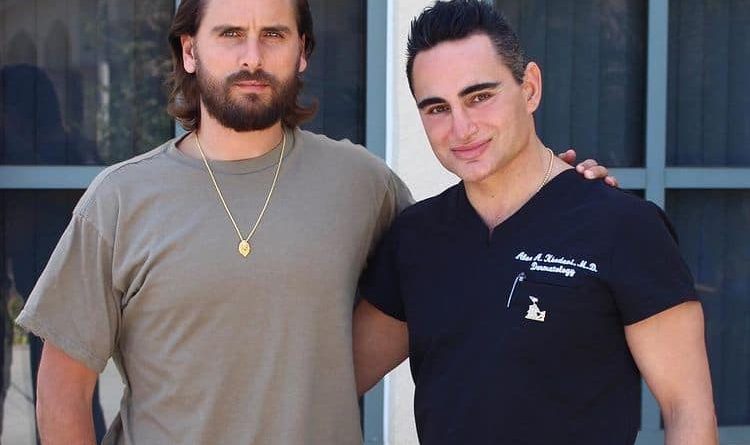 Hollywood doctor Alex Khadavi has allegedly been caught on camera going on a vile homophobic rant and threatening to shoot his gay neighbours “in the face”.

Dr Alex Khadavi is a dermatologist based in Los Angeles, California, who has treated Hollywood celebrities such as Lance Bass and Scott Disick.

According to TMZ, footage from his apartment building in West Hollywood showed Khadavi launching into a homophobic tirade about his gay neighbours.

In the video, a man, reportedly Khadavi, can be heard shouting about his neighbours to the concierge: “I’ll f**k you up. F**king f****ts.

TMZ reported that, according to legal documents, the footage was recorded on 7 July, 2021, and resulted in the doctor’s gay neighbours, a married couple, filing restraining orders against him.

In the documents seen by TMZ, the neighbours said they were scared for their lives, after the concierge allegedly told them that Khadavi had specifically mentioned them and implied he wanted to kill them.

The concierge also reportedly claimed that two month before the incident, Khadavi had showed him a hand gun.

Dr Alex Khadavi has been approached by PinkNews for comment.

In 2016, Matt Altman, who appears on the reality show Million Dollar Listing, also filed a restraining order against Alex Khadavi, according to Page Six.

Altman, who is Jewish, claimed Khadavi had made antisemitic death threats against him, alleging that that the dermatologist had approached him at a real estate event to tell him that he “hated all Jews” and that he wanted to killed him.

A spokesperson for the doctor said in a statement: “Not only is Alex Jewish, he had a bar mitzvah!

“Alex Khadavi is a very well-respected businessman and was an invited guest of the real estate reception which he attended with his contractor, who is Jewish, and his interior decorator, who is gay.

“A restraining order has not been served.”