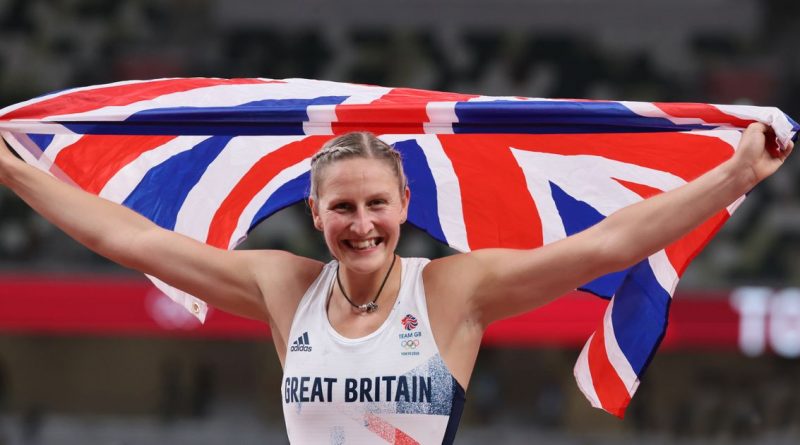 Tokyo 2020: How are Team GB doing compared to Rio and London?

The 29-year-old bagged a bronze medal this afternoon and after several near misses at previous major international events.

Her triumph marks just the second medal for Great Britain in the track and field events at the 2020 Games after a terrific leap of 4.85m.

That clearance moved her ahead of defending champion Katerina Stefanidi, who finished fourth, while America’s Katie Nageotte won the gold ahead of Russian athlete Anzhelika Sidorova who took silver.

The Chorley pole vaulter was initially disappointed to have not cleared 4.90m having done so earlier this year, but once she spoke to the press, she was all smiles and pleased with her achievement.

“This is what I’ve worked for my whole career. I’ve had so many ups and downs. It’s something that I’ve just wanted, and wanted it so bad and it finally happened,” she told BBC Sport.”

After an interrupted season which saw her test positive for Covid, Bradshaw felt a range of emotions come over her after winning a coveted Olympic medal.

“I don’t know what emotion I’m feeling. Relief, pure enjoyment, just excited and proud of myself for sticking with it. I knew I could get it one day and I can’t express how grateful I am at getting an Olympic medal”, she gushed.

The athlete spoke of her new mental resilience earlier this year and she needed to show every ounce of it during what was an incredible pole vault contest.

“It was a tricky competition, it was a constant headwind. My experience kicked in, I kept my nerve, had a bit of a wobble at 4.70 but cleared it and it was just that experience that played out today.

“It’s still not really sunk in. I knew I could come in and deliver a medal-winning performance but I really felt like I was ranked fifth coming in.

“I knew I had to dig something out and I really feel like I did, I earned that medal and I’m really proud of myself and all of my team for just sticking with me.”