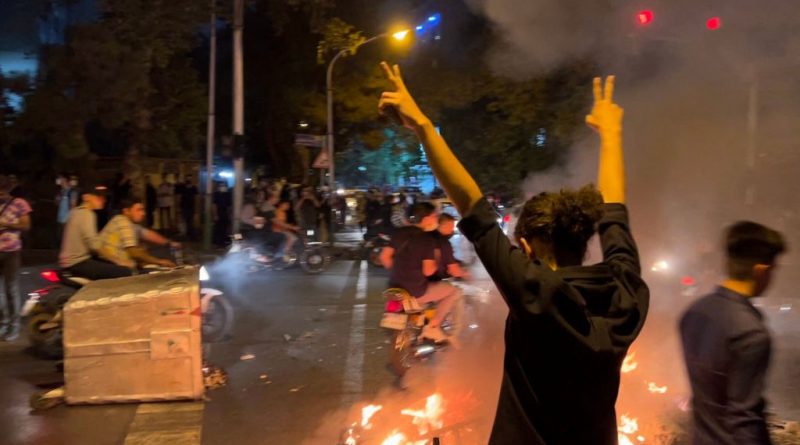 
Protests in Iran have escalated following the death of Mahsa Amini, a 22-year-old woman who was arrested by the morality police for violating the country’s strict dress code last month and died in custody. Protesters are calling for justice and criticizing the current regime with the rallying cry “Women, life and liberty.”

Women and students have been prominent in the demonstrations across the country despite Iran’s internet censorship and violent crackdown on protests by police, resulting in numerous deaths and arrests. Showing support can come in many different forms, but here are some of the ways you can help.

The Center for Human Rights in Iran (CHRI) does valuable work engaging with the local community and researching human rights violations happening in Iran to ensure that cases are shared and reported on. Their organization offers accurate access to information, and is also used to create policy briefings for government leaders. You can contribute here.

The Abdorrahman Boroumand Center for Human Rights in Iran similarly documents human rights violations in Iran, while also helping victims of these violations share their story in both Farsi and English. You can support their work here.

Other options for donations include United for Iran, which uses technology to empower Iranians, and Human Rights Watch, which works to protect the most vulnerable global communities, including refugees, wartime civilians and children.

Amnesty International, the world’s largest grassroots human rights organization, is also asking for emergency donations to help fund their investigation into the violence happening in Iran.

You can also sign Amnesty International’s ongoing petition, which seeks to tackle the ongoing impunity in Iran. Petitioners are asking for the creation of an independent United Nations mechanism that will investigate and hold Iranian officials accountable for their actions.

Another petition by Change.org is urging leaders of democratic countries to act, you can sign it here.

Stay informed and use your political power

Supporters across the United States have been gathering for demonstrations in cities like Los Angeles and New York. You can join your town or state’s local protest to bring greater attention to the cause. Following social media accounts to stay up to date on upcoming demonstrations can help. Middle East Matters on Instagram has been strictly posting where and when protests in support of Iran are being held globally. If you can’t attend a protest yourself, spreading the message by sharing or sending posts can help spread the word.

U.S. supporters can also ask their congressmen to vocalize their support of the Iranian protests. Citizens can contact their representatives through a written email, or by calling their local elected official’s office. You can find out who your elected officials are by visiting house.gov/representatives and senate.gov. If you live in the U.K., you can also write to your member of parliament, which you can find by entering your postcode here.