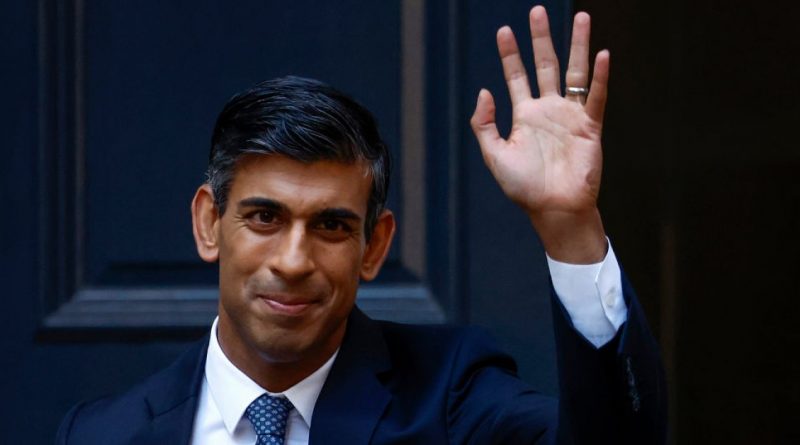 
In a historic appointment, Rishi Sunak is set to become Britain’s first prime minister of Indian origin, as well as its first Hindu leader. He will assume the position following a period of political instability and in the middle of a dire economic crisis.

Conservatives are heralding Sunak’s appointment as a celebration of the nation’s diversity, and the right choice to pull the U.K. out of a recession. But those on the left consider the transition of power undemocratic and push back on the idea that Sunak will help marginalized communities. Meanwhile, many in India welcomed the news of his victory on Monday, which also happens to be the Hindu festival of Diwali.

Sunak, 42, was born in Southampton to Punjabi-origin parents who migrated from East Africa. He grew up in the U.K., graduated from Oxford and worked at Goldman Sachs before representing a Yorkshire constituency in parliament and going on to become chancellor in 2020. Sunak possesses exorbitant wealth; his net worth is roughly £730 million ($825 million). His appointment would mark the first time that the residents of Downing Street are richer than the royals. He will also be the youngest individual to hold the position over the last two centuries.

The Conservative Party’s portrayal of his appointment as a win for diversity has faced swift criticism from the left. They argue that Sunak’s policies as former chancellor have harmed marginalized groups and that the process has been undemocratic, since he was not elected to power. Sunak won the position after being backed by 200 Tory MPs. (The U.K.’s next general election isn’t until Jan. 2025, and there is no incentive for Sunak to call for a snap election given the Labour Party’s overwhelming lead in the latest polling.)

Opposition parties have already called for a general election. “The Tories have crowned Rishi Sunak as prime minister without him saying a single word about how he would run the country and without anyone having the chance to vote,” said Angela Rayner, deputy leader of the Labour Party. Fellow party members argued that he would not be a win for Asian representation. “He’s a multi-millionaire who, as Chancellor, cut taxes on bank profits while overseeing the biggest drop in living standards since 1956. Black, white or Asian: if you work for a living, he is not on your side,” tweeted Nadia Whittome, the U.K.’s youngest MP, who is also of Indian origin.

Current and former British officials have largely welcomed the news. Foreign Secretary James Cleverly, who had initially backed Boris Johnson in the race, switched his support to Sunak once the former Prime Minister withdrew and referred to Sunak as the “candidate with the most experience.” Former Prime Minister David Cameron congratulated Sunak on Twitter, adding that he predicted a decade ago that Conservatives would select their first British Indian Prime Minister. King Charles III is planning to meet Sunak later Monday.

Economists largely reacted to his appointment with relief, hoping that his rule would usher in a period of relative stability—although it remains to be seen how Sunak will try to lead the U.K. through a recession. Under former Prime Minister Liz Truss, the British pound had briefly plummeted to a record low against the dollar.

Read More: Rishi Sunak Is Britain’s Next Prime Minister. Here’s What To Know

A win for diversity?

Sunak’s election has raised questions about the inefficacy of trickle down diversity. Marcus Ryder, host of the podcast Black British Lives Matter, wrote in the Guardian Monday that having a person of color leading the country will not automatically benefit people of color in general. “The problem is the concept itself,” Ryder wrote. “The idea that simply by increasing diversity at the top of an organisation, whether you’re the prime minister or a CEO, this will lead to diversity throughout is not supported by academic literature. In fact, there is a wealth of evidence that the opposite happens.”

This is a sentiment that arose back in July, ahead of Liz Truss’ appointment to Prime Minister, too. “One of the key things that we see the Black and Brown candidates doing is mobilizing their own identity in order to tell a seemingly progressive story of British meritocracy and hard work, whilst concealing their own class position and economic power,” Liam Shrivastava of the Institute for Race Relations, a British think tank, who is also a local councilor for the opposition Labour Party, told TIME in July. “Rishi Sunak is a multi-millionaire but this allows him to tell a compelling, aspirational story, and it can be framed as progress.”

U.K.-based Gal-Dem magazine, which is focused on highlighting marginalized perspectives, tweeted Monday, “Rishi Sunak’s undemocratic election as Prime Minister is not a win for diversity, and we’re not celebrating it as one.” In a piece last May, the magazine had highlighted a number of policies he supported or enacted that they say harmed marginalized communities. Among them: an increase in tax rises aimed at low and middle-income families; voting for a reduction in spending on welfare benefits; and a pandemic response initiative that entailed eating out at restaurants.

Meanwhile, Scotland’s first minister Nicola Sturgeon congratulated Sunak and said she would work towards “building a constructive working relationship” with him. But she also raised the need for an early general election and urged that he not call for another round of austerity. Sturgeon also reinforced Scotland’s need for independence. “For Scotland, of course, he becomes another PM we did not and, without doubt would not vote for even if given the chance. To escape the damage of Westminster governments with no mandate here, and take our future into our own hands, Scotland needs independence.”

Many Hindus in India celebrated Sunak’s victory. Newspapers included his appointment on their front pages. Members from the Hindu Nationalist governing Bharatiya Janata Party and the opposition Congress Party congratulated him. And some felt that Diwali, celebrated on Monday, was particularly auspicious this year.

“I think all of us will have to acknowledge that the Brits have done something very rare in the world, to place a member of a visible minority in the most powerful office,” Shashi Tharoor, an opposition leader with Congress wrote on Twitter. “As we Indians celebrate the ascent of Rishi Sunak, let’s honestly ask: can it happen here?”

But some Indians questioned just how positive his appointment would be. “The Hindu right will say: ‘Look, an Indian-origin man took over as PM on Diwali and so it means the Hindu gods have blessed him,’” Suhel Seth, a marketing expert and managing partner of Counselage, told the Guardian. “And the extreme Hindu right will say: ‘It means India has arrived globally and it is thanks to Modi raising India’s standing in the world that we have ‘reverse colonialism’, as in the formerly ruled now ruling the former ruler, Britain.”