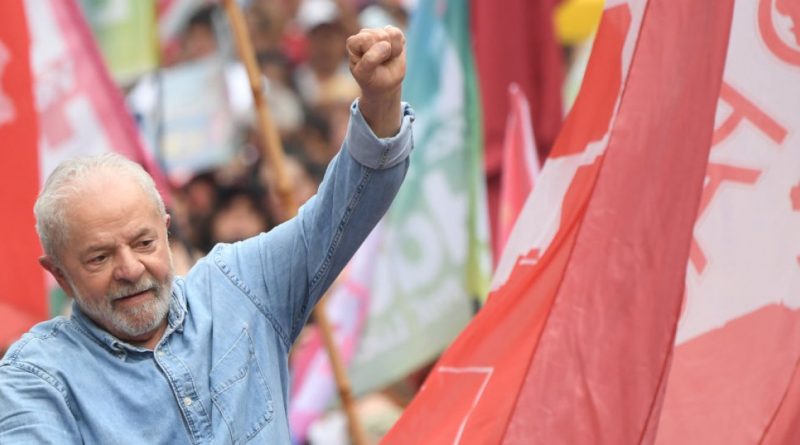 
Leaders around the world have congratulated Brazilian President-elect Luiz Inácio Lula da Silva, who won by a whisker in the South American country’s runoff polls Sunday.

Lula—as the 77-year-old former president and veteran leftist is known—edged out far-right populist incumbent Jair Bolsonaro after garnering 50.9% of the votes compared to Bolsonaro’s 49.1%. His victory marks an impressive political comeback since leaving office in 2010 and being jailed in 2017 after what he claims was a politically motivated probe into public corruption. Brazil’s Supreme Court overturned his conviction last year, allowing him to run in this year’s election.

Read More: How Lula Won the Most Crucial Election in Brazil for Decades

“They tried to bury me alive and I’m here,” Lula said in a speech Sunday night. He said he wants to focus on uniting the 215 million Brazilian people across toxic political divisions. “There are not two Brazils. We are one country, one people—a great nation.”

As news of the result reverberated around the globe, political leaders commended the Brazilian president-elect and affirmed the power of democracy.

U.S. President Joe Biden congratulated Lula for his victory in Brazil’s “free, fair and credible elections,” saying in a White House statement that he looked forward to cooperation between the two countries.

On Twitter, U.S. Secretary of State Antony Blinken also extended his congratulations to the Brazilian people “for exercising their right to vote and reaffirming the strength of their democracy.”

Canadian Prime Minister Justin Trudeau said he hopes to work with Lula to advance shared interests, including protecting the environment. Bolsonaro’s time as president saw devastating relaxations in ecological safeguards, and Lula has promised a policy overhaul geared towards preserving the Amazon rainforest and ushering in a green economy for Brazil.

Across the Atlantic, French President Emmanuel Macron said Lula’s win “opens a new page” in Brazil’s history. “Together we will join forces to address the many common challenges and renew the bond of friendship between our two countries,” he tweeted.

Closer to home, Argentina President Alberto Fernandez celebrated “a new era” for Latin America’s history with Lula’s win. “A time of hope and future that begins today,” Fernandez tweeted. “Here you have a partner to work with and dream big about the good life of our peoples.”

Mexican President Andres Manuel Lopez Obrador tweeted: “Lula won. The people of Brazil are blessed. There will be equality and humanity.”

Australian Prime Minister Malcolm Turnbull wished Lula success in advancing collaboration between the two nations, adding that his win will “encourage democrats everywhere” and “give new hope for the Amazonian and global environment.”

Lula’s inauguration is scheduled for January 1.

Bolsonaro, 67, a former army captain, has previously made baseless claims of widespread election fraud, raising fears that he will not accept the results. He has so far remained silent over Lula’s win.