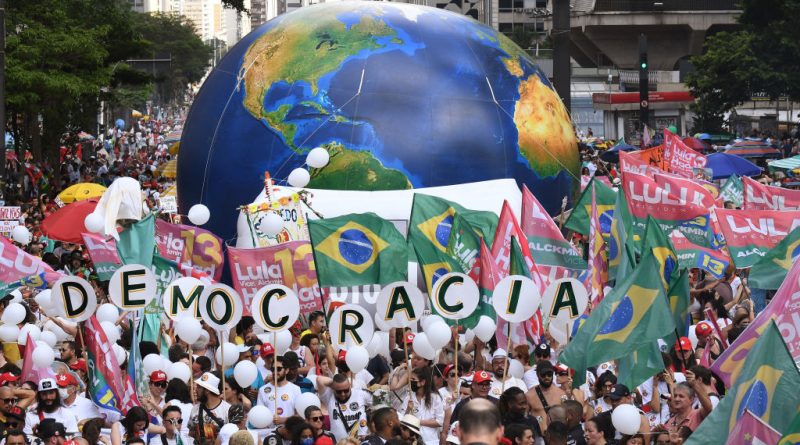 
It’s the comeback of the century. At national elections on Sunday, Brazilian voters delivered a narrow victory for Luiz Inácio Lula da Silva, a beloved but controversial leftist former president. With more than 99% of votes counted, the former union leader took 50.86% against 49.14% for Jair Bolsonaro, the far-right incumbent.

The result should mark an end to a bruising and deeply polarizing election year. Instead, it plunges this country of 200 million people into a tense wait to see how Bolsonaro will respond. The president, a former army captain, has spent the past year indicating that he would not accept a loss at these elections. His campaign and his supporters have repeatedly claimed, without evidence, that Brazil’s electronic voting system is vulnerable to fraud—in a widely-remarked echo of former U.S. president Donald Trump’s rhetoric in the run-up to the 2020 election. The narrow margin of victory for Lula has intensified long-held fears that Bolsonaro’s supporters will stage their own version of the Jan. 6 Capitol insurrection.

But if authorities manage to see off an institutional crisis, Lula—as the president-elect is universally known—will return to Brasilía’s Planalto Palace in January, after a tumultuous four years of Bolsonaro’s government.

Lula has been a household name in Brazil for around three decades. After serving as the head of a steel-workers union in São Paulo in the 1970s, Lula helped to establish the leftist Worker’s Party, and won his first presidential election in 2002. His two terms in office were boom times for Brazil: a surge in the value of Brazilian commodities and rising exports to China powered rapid economic growth. The windfall helped to fund a major expansion of social programs, including Bolsa Família—which provided direct cash transfers to low-income families in exchange for ensuring children’s attendance in school—cementing Lula’s popularity with poorer Brazilians. He left office in 2010 with an 83% approval rating.

Lula’s reputation later took a severe hit, though. In 2017, federal prosecutors implicated the former president in their investigation of a vast corruption scheme that they said had taken root during his administration. Lula was sentenced to nearly 10 years in prison for accepting a luxury apartment as a bribe—a charge he has always dismissed as a politically-motivated attack. (The judge who convicted him would later go on to serve as Bolsonaro’s justice minister.) In 2021, Brazil’s Supreme Court overruled Lula’s conviction, saying his right to a fair trial had been compromised—a ruling later agreed with by the U.N.’s human rights council—clearing him to run for re-election against Bolsonaro in 2022. But Brazilians remain deeply divided over Lula’s guilt or innocence: according to a September poll, 44% of voters still believe Lula was rightfully convicted, while 40% believe his conviction was unjust.

How did Lula win?

Bolsonaro’s approach to COVID-19, combined with his attacks on Brazil’s democracy, allowed the former president to command a broad unity coalition against him, including his former political rivals. Geraldo Alckmin, a center-right former São Paulo Governor who was Lula’s rival in the 2006 election, will be his Vice President.

Critics say Lula’s campaign relied largely on nostalgia, and that the former president has refused to share details of the economic plan that will underpin his vision for Brazil. “I am the only candidate with whom people should not be concerned about [economic policy],” he told TIME in March 2022. “Because I’ve been a President twice already. We don’t discuss economic policies before winning the elections. First, you have to win the elections.”

Lula’s next government will face a much more challenging economic landscape than his first one did in the early 2000s. Brazil has been staggering from economic crisis to economic crisis for eight years. Now, global economic turmoil from the war in Ukraine is driving up energy prices, while a years-long drought is curbing production in the crucial agricultural sector.

Brazilian President and re-election candidate Jair Bolsonaro arrives to vote at a polling station in Rio de Janeiro, Brazil, on Oct. 30, 2022, during the presidential run-off election.

Bolsonaro has had a transformative impact on Brazil since his election in 2018. The president has burned bridges with many of Brazil’s foreign allies: he clashed with E.U. leaders, for example, over his refusal to protect the Amazon rainforest. Bolsonaro scrapped enforcement of laws designed to protect the forest and Indigenous peoples, and ended projects involving international cooperation. The resulting surge in deforestation rates—a 60% increase in the first three years of Bolsonaro’s presidency—has been a major blow to global efforts to keep carbon dioxide out of the atmosphere to fight climate change.

Read More: The Fate of the Amazon Rainforest Depends on the Brazil Election

In Brazil, the president may be most remembered for his response to COVID-19: Bolsonaro trivialized the disease as a “little flu,” encouraged Brazilians not to follow state-level social distancing rules, rejected vaccine manufacturers’ early offers to supply the country, and claimed, against scientific evidence, that the shots were unsafe. Bolsonaro’s critics say he is to blame for Brazil’s staggering pandemic death toll. To date, there have been almost 700,000 recorded COVID-19 deaths in Brazil, even higher than the U.S.’ toll on a per capita basis.

Return to a world in crisis

Many world leaders will likely welcome Lula’s return. During his first term, Lula played an influential role in global politics, often serving as a broker between western governments and their rivals. That may prove helpful in an era where diplomatic efforts to establish international cooperation on the climate crisis are increasingly urgent. The president-elect has vowed to bring deforestation in the Brazilian Amazon under control, which would do much to heal Brazil’s frayed relationship with the E.U.

But Lula may not be a straightforward ally for Western leaders when it comes to the major foreign policy challenge of the day: the war in Ukraine. In an interview with TIME in March, the leftist leader criticized both U.S. president Joe Biden and Ukraine’s Volodymyr Zelensky for failing to negotiate with Russia’s Vladimir Putin before war broke out.

“The United States has a lot of political clout. And Biden could have avoided [the war], not incited it,” he said. “He could have participated more. Biden could have taken a plane to Moscow to talk to Putin. This is the kind of attitude you expect from a leader.”

Lula also told TIME that the international community’s celebration of Zelensky since the war began has been a mistake, calling for a greater focus on behind-the-scenes negotiations. “You are encouraging this guy, and then he thinks he is the cherry on your cake. We should be having a serious conversation. OK, you were a nice comedian. But let us not make war for you to show up on TV.”