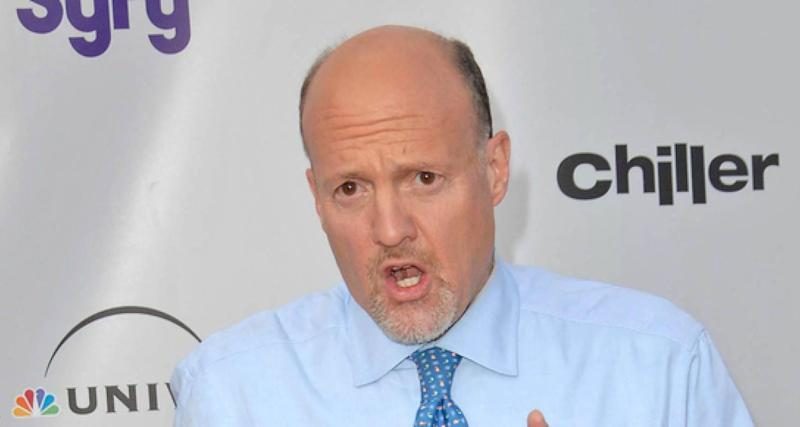 
In December, Mad Money host Jim Cramer told members of the CNBC Investing Club that 2022 is the year “to own companies that make stuff, that do tangible things, that innovate.”

Now that the calendar’s flipped and growth stocks are slumping a bit, putting your money behind established companies that create unique, in-demand products makes an awful lot of sense.

Cramer recently announced his top stock picks for 2022. True to his word, there isn’t an overhyped tech unicorn in the bunch.

Let’s find out why the prognosticator believes so strongly in these four companies.

“At this point in the business cycle, the playbook says you have to go with more tangible companies that make real things and generate real profits,” Cramer said last week on CNBC.

One company he feels fits that bill is Fortune 100 mainstay Honeywell. (The company was ranked 94 in 2021.)

As a global industrial conglomerate, Honeywell provides an attractively diversified mix of services and products that range from aerospace and building technologies to safety and productivity solutions.

Despite a snarled global supply chain and decreased demand from its deep-pocketed airline customers, Q3 2021 saw Honeywell increase sales by 8% year over year. Earnings per share increased by 29% over the same period.

Bausch Health is a Canadian pharmaceutical company that develops, manufactures and markets pharma products and branded generic drugs that target a wide variety of health disorders.

Pharma and healthcare companies are always intriguing plays during times of high inflation, as their products remain in demand even if prices rise.

Cramer, however, is most excited by the fact that Bausch plans on breaking itself into three separate entities: eye health, medical aesthetics and pharmaceuticals.

“I like a big breakup story,” he said during a recent episode of Halftime Report. “Among planned splits at Johnson & Johnson, General Electric and Bausch, I like Bausch Health as the best breakup.”

Bausch’s stock has risen just under 15% in the past 12 months.

America’s second largest oil company continues to benefit from the ongoing inflation-driven rally in energy prices. But it also plans on investing a gargantuan sum of money into its renewable natural gas and hydrogen businesses — $10 billion by 2028 — that should keep the company relevant for decades to come.

The company’s stock is up over 30% in just the last four months. It could go even higher.

“I like Chevron because I just think that oil is still undervalued even after last year,” Cramer said.

Pharma giant Eli Lilly expects the sale of COVID antibody-based treatments to help it make a projected $28 billion in sales for 2021, but the company is also making progress with its experimental Alzheimer’s drug, donanemab.

In June, the Food and Drug Administration designated donanemab a “breakthrough therapy” based on preliminary clinical evidence. That means the FDA will expedite the drug’s review. A decision regarding the drug’s approval is expected in the second half of 2022.

A bet on Eli Lilly isn’t simply a speculative play based on new drugs. The company’s stock is up more than 215% over the last five years — a very lucrative pickup in recent years, especially if you had invested using free investment apps.