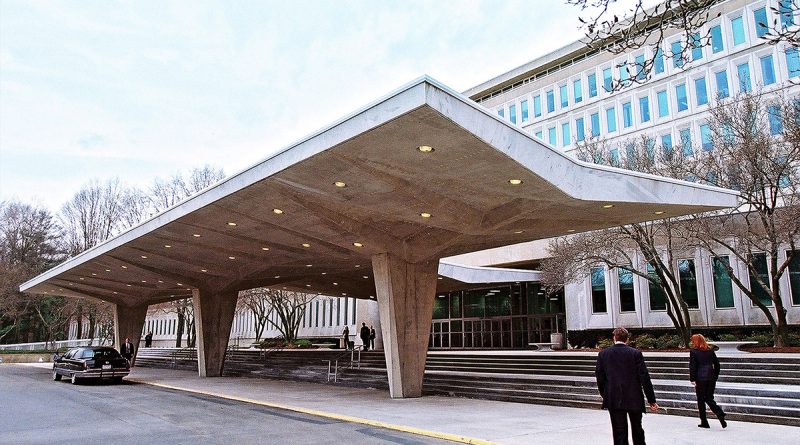 THE mysterious illness known as “Havana Syndrome” has sickened at least 100 CIA officers and family members as an emergency task force launches a probe to discover the source.

CIA director William Burns confirmed on Thursday that members of the agency have been hit with the strange set of ailments that include brain fog and hearing screeching noises.

CIA agents and people related to them now account for half of the 200 cases reported among US officials and their family members.

A steady stream of new cases has been emerging among US officials around the world in recent weeks, with incidents now reported in overseas posts in every continent but Antarctica.

About 60 cases of Havana Syndrome involve Defense Department employees or relatives,  with another 50 linked to the State Department.

Victims have included a baby while one diplomat’s term in Germany had to be cut short when they fell ill.

“It is global — but there seems to be an awful lot going on in Europe,” one official told NBC News.

A source added that a number of FBI agents and personnel have come forward with cases, especially in Europe and Central Asia.

Burns said that he has ramped up the CIA’s efforts into finding the cause of the illness.

It has included appointing a senior officer who previously led the hunt for Osama bin Laden to lead a task force to investigate, according to The Guardian.

He has also tripled the size of the medical team involved in the investigation.

The time that CIA-affiliated people must wait for admission to Walter Reed national military medical center has been shortened from eight weeks to two weeks, he added.

“It’s a profound obligation, I think, of any leader to take care of your people and that is what I am determined to do,” Burns, who became CIA director in March, told NPR on Thursday.

He noted that the US National Academy of Sciences panel in December found that it was plausible that “directed energy” beams are the cause of the illness.

It found that there is a “very strong possibility” the syndrome is intentionally caused.

Burns said that Russia could be responsible but that the investigation had not yet concluded.

Russia has denied any involvement.

It comes after US diplomats in Vienna revealed they were experiencing symptoms of the syndrome such as ”brain fog’ and hearing ”screeching” noises.

At least one American was sent home due to the severity of their symptoms.

It was revealed that two White House officials were also struck down by the mysterious illness following the 2020 election.

Impacted personnel including US diplomats and intelligence officials are now receiving medical assistance in the US.

A State Department spokesperson said: “In coordination with our partners across the U.S. Government, we are vigorously investigating reports of possible unexplained health incidents (UHI) among the U.S. Embassy Vienna community or wherever they are reported.

“Any employees who reported a possible UHI received immediate and appropriate attention and care.”

The FBI said that it could not confirm if an investigation is underway.

“In keeping with DOJ policy, the FBI can neither confirm nor deny the existence of specific investigations,” it said in a statement to NBC.

“However, we will direct you to recent statements made by Director Wray in testimony before Congress where he underscored the protection, health, and well-being of U.S. government personnel is the highest priority.

“We view all U.S. government personnel who have these symptoms as potential victims and will treat them as such, and we care deeply about our colleagues in the federal government.”

“The Department is heavily engaged on this issue as a part of the [National Security Council]-led interagency process across the federal government to address anomalous health incidents, and is fully committed to determining both the causes and source,” a Defense Department spokesperson added.

“The safety, health and welfare of our personnel remains a top priority for the Department.”

The first suspected attacks were documented in Havana in 2016, but have since affected US diplomats in different countries.

Those who fell sick reportedly experienced neurological symptoms such as vertigo and insomnia but were later determined to be “suffering effects of directed microwave energy.”

The symptoms began after they heard strange noises in their homes or hotel rooms, resembling buzzing, grinding metal, piercing squeals, and humming.

Officials said that some embassy staff suffered such severe symptoms that they had to return to the US earlier than planned.

Despite the US government accusing the Cuban authorities of being behind the attacks, a report dismissed the ”sonic attacks” claiming they did not happen and were “all in victims’ heads.”

However, according to a preliminary report, those symptoms experienced included eye movement dysfunction, sleep disruption, and headaches and were connected with reports of  “directional audible and/or sensory phenomena of unclear origin.”

A previous investigation in 2020 revealed US diplomats who experienced “Havana Syndrome” in Cuba and China were “suffering effects of directed microwave energy.”

‘Havana Syndrome’ attacks appear to be increasing on US soil