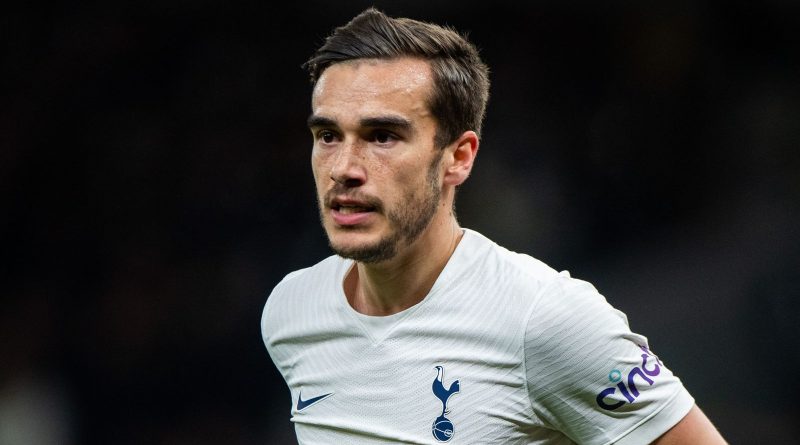 
“Harry Winks is working very hard. He impressed me in training sessions with his commitment, his will, his desire. I think he is a really good player.”

Antonio Conte’s assessment of Winks will surprise some Tottenham supporters who seemed prepared to give up on the 25-year-old midfielder, his progress having stalled. But Winks’ performance in the 2-2 draw against Liverpool showed something different.

The assumption was that Conte would be anxious to bring in new players and that may remain the case. But one of the benefits of appointing a world-class manager is that they are able to coax more from the existing squad. With Winks, the early signs are promising.

He found himself on the Europa Conference League rotation under Nuno Espirito Santo, playing the whole game in the defeat to Vitesse. When he was an unused substitute in Conte’s opening game in charge, that looked set to continue. This game changes that.

Technically, he was not awarded an assist for either Spurs goal but he was the catalyst for both. His tackle on Naby Keita sustained the attack for Harry Kane’s opener, the ball finding its way to Tanguy Ndombele who was able to thread the pass through to the striker.

Winks’ role in the second was more obvious. It was his pass in behind the Liverpool defence with his weaker foot that Alisson Becker was unable to deal with, allowing Heung-Min Son to stroke the ball into the vacant net and level the scores once more.

That one was celebrated wildly. For the first, Winks dropped to his knees. Perhaps it was cathartic for a player who had once been in Gareth Southgate’s England squad. The tackle was a turning point in the game – maybe even a turning point in his career.

“There are certain times in a game that a tackle sets the tempo,” Jamie Redknapp told Sky Sports. “The way that Harry Winks goes and wins it, this is exactly what you need. It gets the crowd up, all of a sudden there is a bit of pace to it, a bit of energy.

“If Harry Winks does not make that tackle, you get countered. His passing, the way he intercepted the ball. He has not always been a favourite under Nuno or Jose but I thought he was the main man in there, he did a great job in so many different aspects.”

Winks made four interceptions. That was as many as the rest of the Tottenham team put together and was indicative of his combative performance. He was on the front foot, working hard to win the ball back from his side, and often succeeding in doing so.

Spurs outran Liverpool by seven kilometres – almost unheard of against a Jurgen Klopp side. And Winks ran more than any of his Tottenham team-mates. His enthusiasm was obvious. 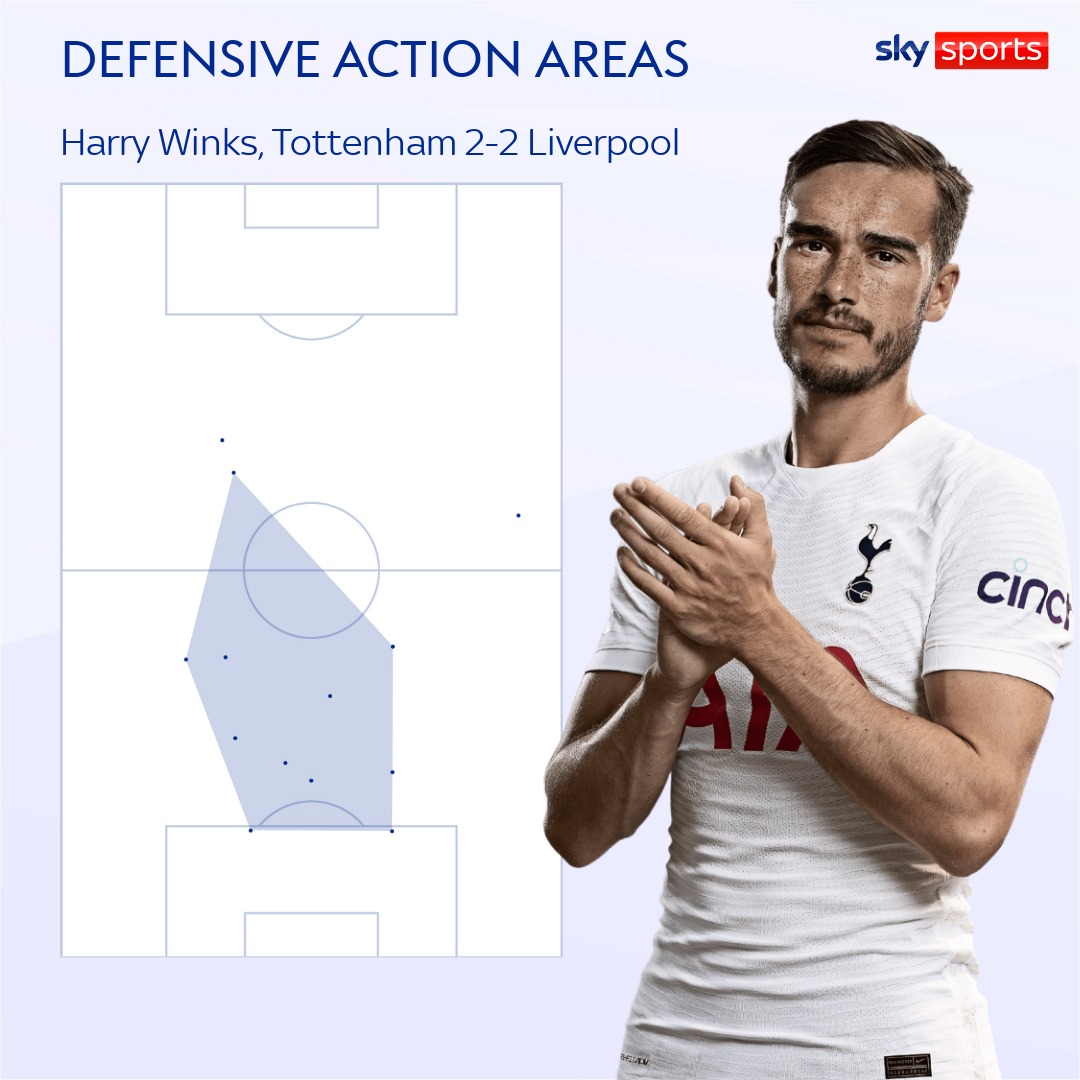 But there was more to his performance than mere effort as the pass to Son suggests. There was a positivity to his passing that had sadly seemed lost from his game in the brief opportunities that he did have under Nuno. Safety-first seemed the mantra.

Against Liverpool, the full range of passing was on show. It appeared that the instruction from Conte had been to look for the forward pass. Winks attempted a number of balls in behind the opposition and though they didn’t all come off, it showed intent.

Suddenly, Son, Kane and a similarly rejuvenated Dele Alli were on the move when Winks had the ball at his feet. “When we play in this way, with this formation, with a No 4 in front of the three central defenders, I think he is very, very good,” said Conte.

The additional defender means there is less of an onus on the holding midfielder to do nothing but hold his position, providing that fulcrum. Instead, Winks was encouraged to go in search of the ball that little bit more. He was able to play to his strengths.

The appetite for change at Tottenham remains. It will take more than an encouraging 90 minutes to persuade Spurs supporters that a squad that seemed in need of a refresh can be transformed on the training ground rather than by the transfer market.

But Winks offered a reminder of his talent against one of the world’s strongest teams. “A good performance from him,” said Conte.

Perhaps there will be many more of them to come.