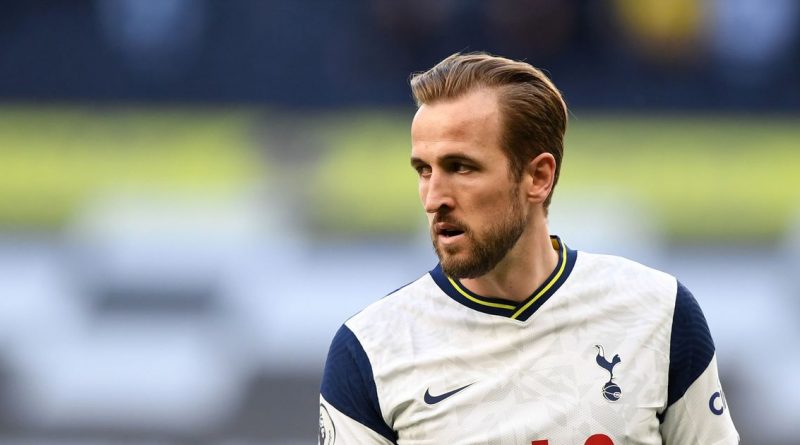 
Kane wants to leave Spurs this summer and failed to report to pre-season training on Monday which he has done so again, with Manchester City heavily interested in signing him

Harry Kane has once again failed to turn up at Tottenham Hotspur ‘s training ground amid a transfer stand off.

The 28-year-old wants to leave Spurs this summer and also failed to report for pre-season training on Monday.

Manchester City have been heavily linked to the England captain and chairman Daniel Levy reportedly wants £160million to let his star striker go.

Upon the end of the 2020-21 Premier League season, it was revealed that Kane wanted to leave his long-time club, who he has been with since the age of 11.

Since then, the reigning Golden Boot winner netted four goals at Euro 2020, cementing his status as one of the world’s best in positions, prompting the world’s best clubs to take serious note.

football.london say the club have no indication of when he’ll return to their Enfield training ground, missing his Covid test and routine bloodwork conducted before every season.

Kane was reported to have ‘shaken hands’ on personal terms with the Citizens at his brother’s wedding last month, including a wage worth £400,000-a-week

Since then, silence has followed as new Lilyhwites boss Nuno Espirito Santo and Managing Director Fabio Paratici publicly remain adamant that the 28-year-old will stay.

Now, though, it seems Kane will not be returning to Spurs’ base, with his eyes set on a move to the blue side of Manchester after Pep Guardiola guided City to the league title last term.

Guardiola is also reportedly close to signing Aston Villa’s Jack Grealish, in a similar situation to the Tottenham talisman.

Grealish has been loyal to boyhood club Villa but now looks set for a summer transfer to the Etihad for £100million.

How much is Kane worth? Comment your valuation below.

However, unlike the Three Lions hitman, the midfielder has returned to pre-season training amid speculation surrounding his own future.

The Spurs man’s behaviour on Monday caused a tirade of opinion.

“Helicopters & police forces out searching his location immediately,” he joked with an emoji added.

“I wouldn’t expect it from someone like Harry Kane, the utmost professional person who always gives 100 percent for the football club,” he told talkSPORT.

“He’s one of the best strikers in the world and he probably doesn’t feel Tottenham is the place where he’s going to push on and win trophies.

O’Hara continued: “He’s 28 now, not 23. This is the time where you make that big move, get the big contracts and you guarantee yourself some trophies.

“It’s probably got to the point where he’s thinking ‘enough is enough.'”

Spurs’s first match of the new Premier League season is at home to City on Sunday, August 15.

Although fitness concerns could rule him out, which shirt he might wear that day will be the biggest talking point across the land ahead of the opening weekend.