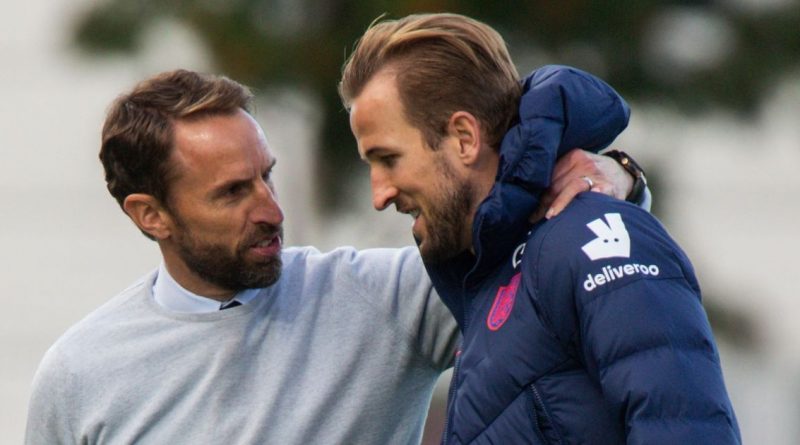 
England captain Harry Kane has scored 40 goals in 63 England appearances caps which makes him joint-fifth in the charts with Michael Owen, 13 behind record-holder Wayne Rooney

England captain Kane, 28, has now scored 40 goals in 63 caps which makes him joint-fifth in the charts with Michael Owen.

But Kane’s age and prolific record means he will have plenty of time to catch Wayne Rooney, who is the all-time leading scorer with 53 caps.

Three Lions boss Southgate admits that Kane is always desperate to play in every game as he tries to chase down the record.

And Southgate even gave an insight into Kane’s eagerness and determination when he was brought on as a substitute against Andorra on Sunday, when he got his 40th goal.

Southgate said: “He is certainly on track to do that. Let’s hope he stays fit and if he plays the games, I don’t see that record not being broken.

“The only insight I can give you is that when I suggested putting him on he was stood by my side about three-and-a-half seconds later with his tracksuit top off and his tie-ups on, and he was ready.

“We knew that would be the case. We didn’t necessarily want to make changes but we felt with such a good crowd, the way we wanted to send them home with more goals and excitement.

“We knew adding some of those fresh attacking players at that moment of the game, we would be able to do that. The three lads went on and had exactly the impact we hoped.”

Kane will come back into England’s starting line-up in Poland on Wednesday night when Southgate, who made 11 changes to his starting line-up against Andorra on Sunday, will revert to his familiar-looking first-choice XI.

How many more appearances does Harry Kane need to break Wayne Rooney’s record? Comment below.

Southgate is likely to pick as near to the team which won in Hungary as possible, with the trip to Warsaw now seen as the hardest game in Group I, but it could give them the opportunity to take complete control of their qualification.