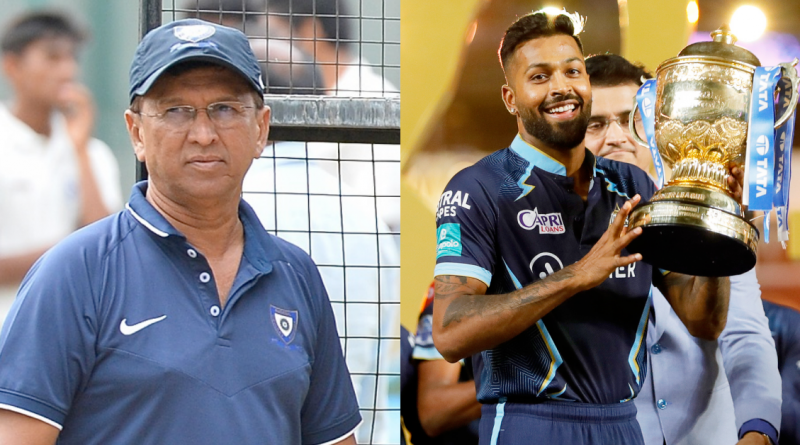 
Former Indian wicket-keeper batter Kiran More was full of praise for the all-rounder, Hardik Pandya, stating that he has evolved from a ‘3D cricketer’ to a ‘4D cricketer’ during the IPL 2022 season.

Hardik returned to cricketing action in the league this season following an injury layoff. Not only did he bat well, but he also bowled and led the Gujarat Titans (GT) to a title triumph in the very first attempt.

“He wanted to play the sport. Krunal Pandya (his elder brother) had joined my academy and Hardik used to hang around. He used to keep running behind the nets and catching the ball. That is when I told Krunal to bring him to nets as well and that’s when I saw hunger in his eyes.”

“For me, Hardik was a young kid, who wanted to perform all the time. I now believe he is a four-dimensional player now. Earlier he was a three-dimensional player because he is bowler, batter and a fielder but now he is captain as well. So you feel proud that you have such a talented cricketer in the national side,” More told SG podcast.

More pointed out that Hardik’s captaincy was quite brilliant and to do it with a new team that is playing its first IPL is quite an achievement. He moved from Mumbai Indians (MI) and was picked up by GT in the pre-auction draft.

“The best moment for me in IPL 15 was the way Gujarat Titans played cricket. It was outstanding. And especially Hardik becoming a captain and lifting the trophy, his personal performance was equally brilliant.”

“Going from Mumbai Indians to Gujarat Titans… it’s not that easy to go and lead the new team and straightaway win the championship,” More added.