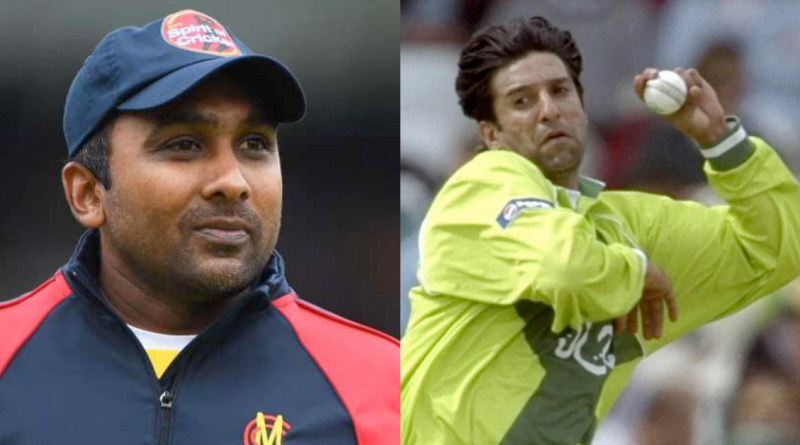 Akram is one of Pakistan’s most successful bowlers in history with 414 Test wickets to go with a whopping 502 wickets in 356 matches coming at a healthy average of 23.52.

“Hands down, Wasim Akram. I made my debut when it was his [Akram’s] peak or the backend of his career. It was a nightmare to face him as it was tough because he is challenging you with the new ball, doesn’t matter what format it is. He had a really quick-arm action and he had the ability to beat you any time of the day,” Jayawardene said while speaking on ICC’s digital show – The ICC Review.

Akram’s ability to bowl with the same intensity throughout a Test match is what impressed Jayawardene the most. Regardless of the match situation, Akram was highly consistent and trouble the batters on every ball he bowled.

“He [Akram] would run in with the same intensity at the end of the second day’s play as he would at the first ball of the match,” he further mentioned.

Notably, Akram was also one of the best bowlers to utilize reverse swing which made him far more lethal compared to the contemporaries of his era. He will always be regarded as one of the world’s best-ever pacers.

Also Read – ENG vs NZ: Players, Umpires, Crowd Pay Respect To Late Shane Warne At Lord’s During 23rd Over In The First Innings