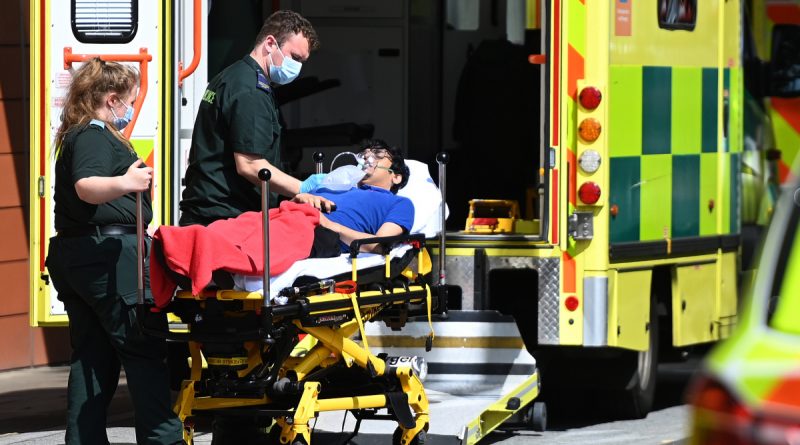 HALF of Covid admissions in England do not test positive until they are in hospital, leaked stats show.

Daily NHS counts include people who didn’t test positive before arriving, meaning many could be in for other treatment but get picked up by screening.

The NHS insists most people in the numbers have symptoms but critics say confusing figures risk overblowing the number who are critically ill with the virus.

Leaked data showed only 44 per cent of patients admitted last Thursday had tested positive for Covid beforehand, The Telegraph reported.

Another 43 per cent got their positive result within two days of going in – all patients must now be tested – although two days is too soon to have caught the virus in hospital.

It means that of the 10,000 Covid patients admitted in the past two weeks, thousands may not have been confirmed to have the virus – with some unaware they did.

Prof Carl Heneghan, a doctor and Oxford Uni expert, said it was “unacceptable” to not reveal how many patients actually have Covid symptoms.

He said: “There are very few areas in medicine where we just rely on a test result alone.

“Normally it’s a combination of the symptoms, signs and test put together.

“If you’re testing everyone, someone could be going in to give birth but if they test positive with the PCR they’ll be counted in the numbers.

“If we’re having a situation where the whole of the country relies on this data it has to be truly accurate.”

🔵 Read our coronavirus live blog for the latest updates

There are 5,163 Covid patients in hospitals in England, with 836 admitted on Sunday, July 25 – the most recent data.

Ministers are watching the figure closely and hoping jabs will keep it far below the second wave peak of 34,000.

An NHS spokesperson said: “Many patients are admitted to hospital because of their Covid symptoms and complications which are then confirmed with a post-admission test.”