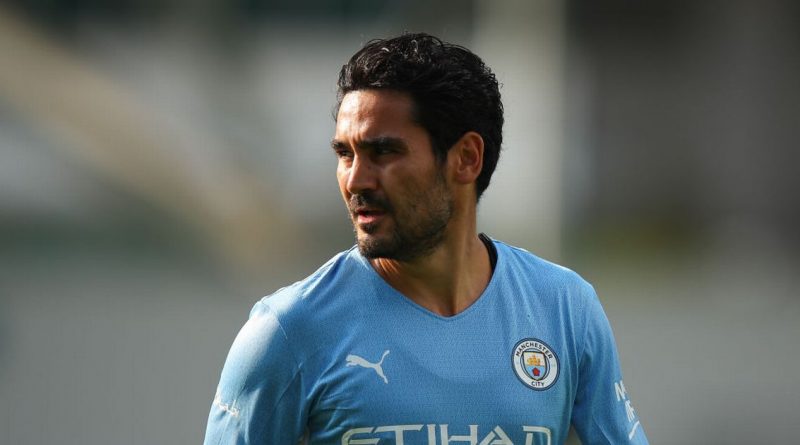 Manchester City played their final pre-season match of the summer, with Ilkay Gundogan playing a starring role and making a point to Pep Guardiola in the process

Ilkay Gundogan sent a timely reminder to Pep Guardiola that Manchester City already have more than a sprinkling of stardust in their midfield.

The German international scored twice as City romped to a 4-1 win over Blackpool in their final pre-season fixture of the summer.

It promises to be a pivotal week in City’s season with the sagas surrounding Jack Grealish and Harry Kane both threatening to reach a conclusion.

While the blockbuster swoop for Kane still appears unlikely, Aston Villa skipper Grealish is reportedly mulling over his options before deciding whether to make the move to the Etihad.

City have reportedly lodged a British-record £100million bid for the 25-year-old, an offer that Villa may reluctantly accept.

However, Dean Smith’s side are still trying their best to keep hold of the England international and have put a new bumper contract offer on the table.

Should Grealish make the difficult decision to leave his boyhood club, it will lead to question marks over where he can fit into the champions’ richly assembled squad.


One suggestion has been that Grealish could be utilised as a number eight in central midfield – rather than in the more advanced position he so thrived in last season.

But Gundogan, who scored 17 goals from that spot last term, isn’t likely to give up his berth easily.

In his first pre-season showing of the summer, the 30-year-old was the star of the show in a routine victory for Guardiola’s side.

How much should Manchester City pay for Jack Grealish? Have your say here

It was Gundogan’s parried shot which led to the opener for Samuel Edozie, before Ruben Dias conceded a first-half penalty from which Luke Garbutt equalised.

Riyad Mahrez put City in front shortly after the break, before Gundogan scored a wonderful brace to emphasise his importance to the title winners.

Whether he is fit enough for the Community Shield at Wembley this weekend remains to be seen, but there is little doubt that his quality means Grealish would have a real battle on his hands to earn a spot in the champions’ starting XI.