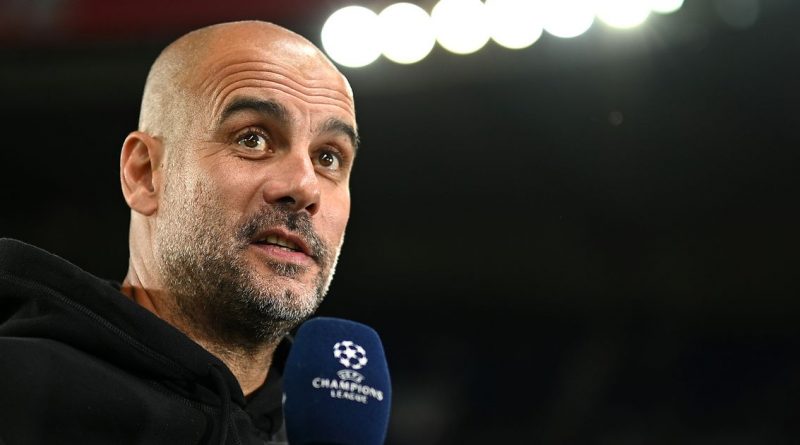 
Brazilian starlet Kayky joined Manchester City from Fluminense in the summer transfer window and is now training with Pep Guardiola’s side, who has tipped him for big things

Pep Guardiola has no intention of rushing Cole Palmer

Pep Guardiola‘s comments on Manchester City‘s new signing have hinted at a long-term solution for their striker dilemma.

Sergio Aguero‘s departure upon the end of last season left the Guardiola with just one senior front man to chose from in the Citizens’ ranks, Gabriel Jesus, but will soon have a fresh option.

18-year-old Kayky signed from Fluminense for an initial £8.7million during the summer transfer window, penning a five-year deal, but has been unable to make his City debut due to injury issues.

The Brazilian starlet is now training with the first team, however, and Guardiola has tipped ‘the new Neymar‘ for big things.

Kayky agreed to sign for Man City in April
(

There are a trio of Brazil internationals who ply their trade the Etihad Stadium – goalkeeper Ederson, captain Fernandinho and the aforementioned Jesus.

Guardiola has revealed which of them is particularly ‘taking care’ of Kayky as the teenager settles in.

“He’s very smart, very prepared. Fernandinho talks to him a lot, our captains take care of things a lot, that’s why Fernandinho is a jewel,” the Catalan coach stated, following their 5-1 Champions League victory over Club Brugge on Tuesday.

“Little by little he will be integrated, he will try to have matches for the second team, seek rhythm.

“And soon his performances will decide what to do.”

Much has been made of City’s striking issues, with their pursuit of Tottenham hitman Harry Kane failing before missing out on Cristiano Ronaldo to Manchester United leaving them short up top.

In September, Guardiola admitted his squad lacks a “weapon” but was not downbeat on his alternatives, having experimented with Ferran Torres in the role to good effect before his injury.

“I completely agree with you,” he explained following his team’s 1-0 Premier League win at Chelsea.

“Strikers are strikers. We don’t have this weapon that teams like Chelsea, United or Tottenham or others have.

“We don’t have a player to score 25 league goals for himself so we have to do it as a team. This is what we will try this season.

“These are the most difficult players to take [buy]. We had the privilege to have Sergio for many years.

Unfortunately for the last year and a half he was out with injuries and we could not use him much.

“We survived without him in a good way – in the way we played,” Guardiola affirmed.

“There are two options that we have right now: complaining or saying we have exceptional players.”

And who knows? Kayky could be one of those.