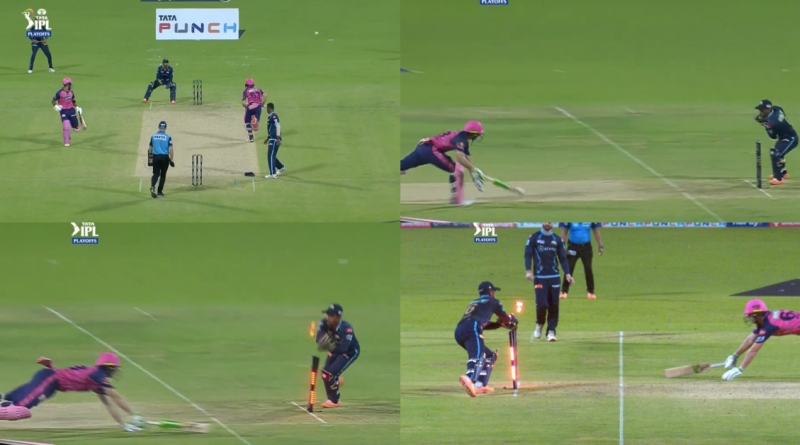 
The Eden Gardens at Kolkata is hosting Qualifier 1 between Gujarat Titans and Rajasthan Royals.

After heavy speculations surrounding the weather, the match started on time as Hardik Pandya won the toss and chose to field first.

His decision to field first proved to be absolutely spot on in the initial 10 overs as GT got Yashasvi Jaiswal early. He had been in nice touch in the past few games for RR. Jos Buttler who is the leading run-scorer in the competition struggled to get going. Sanju Samson though was in a dynamic mood as he opened his account with a six.

Jos Buttler Rode His Luck Throughout The Innings

Jos Buttler who has scored 3 centuries this season had suddenly gone out of touch after the 7th game. He couldn’t find his timing in this game as well. He could not read Rashid Khan at all and struggle against other bowlers. He did complete his 7th fifty of the season but it wasn’t his most fluent innings. He continued to struggle for timing, but during the slog overs whatever he hit was either dropped by GT fielders or they somehow missed the ball. Rashid Khan dropped him while Hardik Pandya slipped in trying to catch what seemed to be a simple catch. Buttler continued to swing his bat and found boundaries. It was on the penultimate ball of the innings that he hit it towards mid-wicket and ran for two but he was well short of his crease. It was supposed to be the last ball of the over but it was declared a no-ball. In the end, Buttler ended with 89 runs from 56 balls. What seemed like a laboured innings at point finally turned out to be an innings of substance for RR as it helped them post 188 on the board.