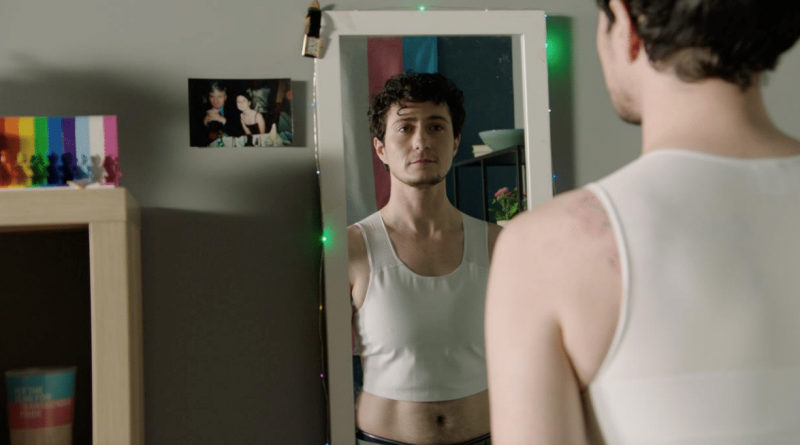 
A groundbreaking new film about a trans man’s first day of work uses AI to choose the film’s narrative.

Directed by Jake Graf, who made history with his wife as Britain’s first trans parents, the film, entitled Tom’s Story, is the first of three short films made with AI that read the emotions of the viewer and change the narrative according to their reactions.

The movie takes the viewer through a young trans man’s first day at work, changing its course based on the viewer’s reaction as seen through their camera.

I’m so proud of this AI-powder short film we’re releasing for #TransAwarenessWeek. There are 8 possible endings depending on how you react!

The films, dedicated to trans charity Gendered Intelligence, were conceived by Xavier White, created by Yahoo! studios, and produced by Khaya Castagnoli.

“I wanted to create short films that highlight social topics and use innovative technology to build empathy, and I hope that with this project I’ve achieved it,” Xavier White, CSR and innovation marketing manager for Verizon Business, said.

“Tom’s Story has a branching narrative that uses groundbreaking artificial intelligence and the concepts behind innovative tech such as EDGE computer and Private 5G to tell eight different versions of Tom’s first day in the office depending on how you, as the viewer, react.

“I’m so glad we were able to use Jake as an openly trans writer/director to authentically tell this story, and cast Kai, a young, up-and-coming trans actor, as Tom.”

Graf added that the project is of particular importance as it was launched during Trans Awareness Week.

Graf added: “As a transgender man, it has always been important to me to tell our stories authentically and honestly, but I must admit that I had never considered the use of such groundbreaking technology while telling those stories, nor the vast possibilities that it would open.

“Tom’s Story is one that will be relatable to many trans and LGB people: the difficult choice of whether or not to be out at work, the importance of our allies, and the universal desire to feel accepted.

“The added charm of the films is that you the viewer are able to change the narrative with your emotional reactions to the films, and explore the many different outcomes that our hero experiences as a result of his surroundings.

“I am thrilled to have partnered with Verizon Business and Gendered Intelligence for these exciting films which will hopefully shine a much-needed light on the trans experience and spread a little love and understanding this Trans Awareness Week.”