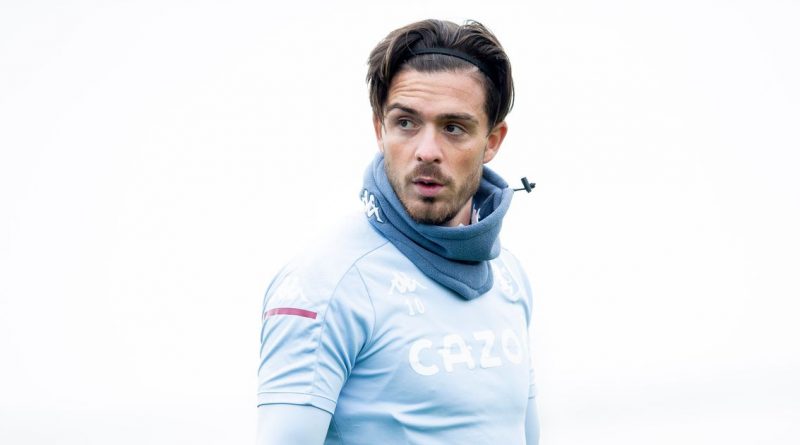 Jack Grealish is the name on everyone’s lips at the moment.

The Aston Villa skipper starred for his side in the Premier League last season before becoming England’s poster boy for the Euros this summer.

Now, the ace is on the verge of sealing a record transfer to champions Manchester City.

City boss Pep Guardiola has earmarked Grealish as the essential ingredient for his side as he seeks to cook up a bid to finally taste European glory – as well as retain their domestic title.

Villa may have to reluctantly sanction an exit for their talisman – and could net a whopping £100m in the process.

But it could have been a very different story for Villa had they pulled the trigger on a rumoured deal a few years earlier.

As revealed by Mirror Football, back in 2017, then Villa boss Steve Bruce was keen to use Grealish as bait to lure Middlesbrough striker Jordan Rhodes to Villa Park.

Bruce had a strained relationship with Grealish for the majority of his spell in the Midlands, with the former boss frustrated by the midfield ace’s tendency to complain to referees as well as his antics off the pitch.

Rhodes was lined up to add goals to a Villa side desperately struggling for firepower – even if that meant sanctioning the loss of a future star.

The veteran manager claimed that the youngster was in danger of becoming ‘a circus act’. But in truth, Bruce and Villa would have ultimately been the clowns had that swap deal come to fruition.

Since then, Grealish has evolved from a troublesome teenage talent to a superstar after becoming a mainstay in the Villa team.

He was the driving force behind the club regaining their top-flight status after a three-year stay in the Championship.

Do you think Grealish is worth £100m? Comment below

The Birmingham-born ace has gone from strength to strength since then – translating his mesmerising displays from the second-tier to the Premier League with ease.

He starred for Villa again last year, contributing six goals and ten assists despite being sidelined for three months through injury.

Grealish ranked number one across Europe for carries into the box last year, with the English ace dribbling his way into the danger zone a staggering 80 times – 18 more times than City star Raheem Sterling.

That element of Grealish’s game should tie in as the perfect cutting edge to compliment City’s patient, controlled footballing identity – a fact which will have played its part in persuading Guardiola to sanction a record-bid for the star.

There have been summer saga’s surrounding the ace in three of the last four years, but Villa have stood firm – and now look set to reap the rewards with their record windfall.

Tottenham were keen on Grealish back in the summer of 2018, with the ace himself admitting that he thought he was ‘gone’. But, Spurs chief Daniel Levy refused to meet Villa’s £40m asking price.

City boss Pep Guardiola looks to have got his man
(

Just last year the fleet-footed technician was the target of a summer-long pursuit from Manchester United only to stay on at his beloved Villa.

But now, United’s bitter rivals City seem to have seduced Grealish into making the switch to Manchester.

It won’t just be United who will be looking on enviously at their rivals, with Grealish’s signature potentially rubber-stamping City and Guardiola’s dominance at a domestic level for years to come.