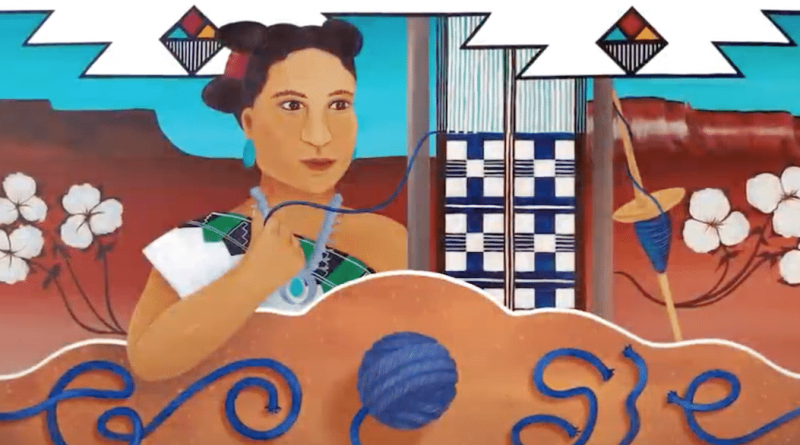 
The start of Native American Heritage Month has been marked with a Google Doodle celebrating the late We:wa, a two-spirit cultural leader in the Zuni tribe.

The late We:wa was born around 1849 in the Zuni Pueblo community, based in the area that is now known as New Mexico. This year was the first year the Zuni people were visited by Americans, who brought smallpox which killed both of the late We:wa’s parents.

They are referred to as “the late We:wa” as a mark of respect because, according to Google, the Zuni people do not “speak of community members who have passed on within the present tense”.

The late We:wa was “Łamana”, the Zuni word for a two-spirit person, who lives outside of the male-female binary. They were a weaver, a role traditionally taken on by men, as well as a potter, usually a “feminine” skill.

Historical records alternately refer to them as both “he” and “she”.

In 1879, they met anthropologist Matilda Coxe Stevenson, and the pair developed a friendship. The late We:wa eventually travelled to Washington, DC, to teach the government about the culture of the Zuni people and ask for protections for Zuni lands.

Despite the horrific reality of colonialism, which even saw them arrested for witchcraft, the late We:wa continued to advocate for their community for the whole of their life.

The Google Doodle of the late We:wa was designed by a Zuni artist

It features a weaving game, which is intertwined with the two-spirit leader’s story.

“To be representing my people on this Doodle is another honour that I will always be thankful for,” Quetawki said.

“We are a village filled with talented artists and I am absolutely grateful for this honour to represent our history and to tell it using our art.”

She added: “I hope that people become aware of our traditional customs and the fact that they are very much in practice currently. Our ancient ways of life are still here and we can all learn from one another. “