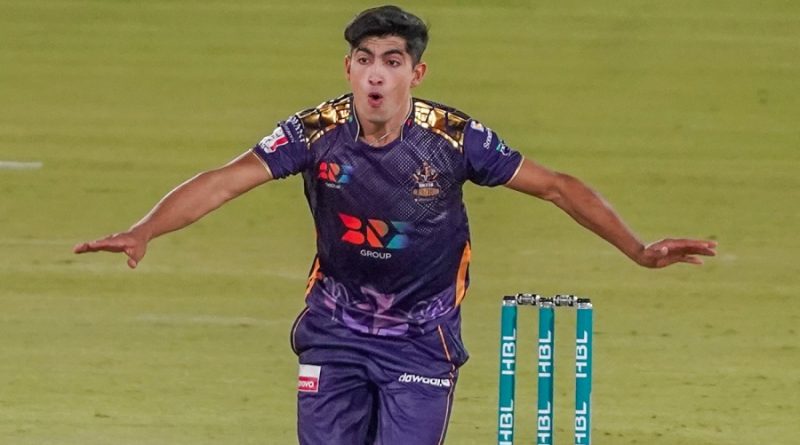 
Pakistan’s 19-year-old fast-bowler Naseem Shah, currently playing for Gloucestershire in county cricket, has returned to his home, a statement from the county confirmed.

Shah’s father fell ill and the youngster returned home. He was supposed to be part of the first half of the tournament but was troubled by a shoulder injury.

Shah was replaced by fellow Pakistan teammate, Mohammad Amir as a result but he returned to play three matches in the T20 Vitality Blast. Shah also took five wickets in the process but will not be available for the time being.

Gloucestershire is hopeful the youngster can return to the circuit as soon as possible. They are currently in the middle of the table in the South Group of the Vitality Blast.

“We thoroughly support Naseem’s decision to return home to see his father. Of course, we will miss him on the field, but Naseem’s wellbeing and the health of his loved ones far outweigh any cricketing priorities.”

“We have loved having Naseem with us as part of the Gloucestershire family and we are looking forward to welcoming him back to us as soon as possible. Everyone at Gloucestershire cricket is thinking of Naseem and his family and sending our utmost support,” Steve Snell, performance director at the county, said.

So far, Naseem has played 11 Tests for Pakistan where he has picked up 26 wickets at an average of 39.19, including best figures of 5/31. He is yet to make his debut for the national team in the white-ball formats.

As for Gloucestershire, they are in 5th place on the South Group points table with 2 wins, 2 losses, and a no-result in 5 matches played so far.

Also Read – SL vs AUS Live Streaming Details- When And Where To Watch Sri Lanka vs Australia Live In Your Country? Australia Tour of Sri Lanka 2022, 1st T20I