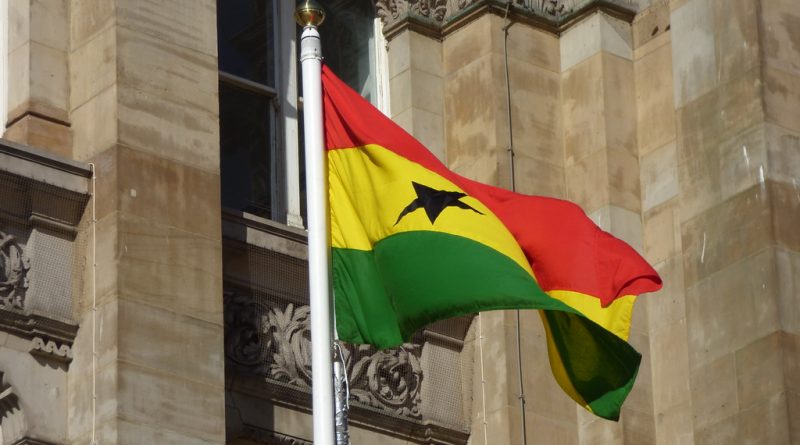 A “hate-filled” bill that criminalises LGBT+ “propaganda” has been officially presented in Ghana’s parliament – and activists say it carries the fingerprints of America’s religious right.

Referred to a parliamentary committee by house speaker Alban Bagbin on Monday (2 August), the bill would see LGBT+ allies, as well as those who have provided or received gender-affirming healthcare, facing three to five years in prison. Even two people of the same gender kissing on the cheek or holding hands would be criminalised.

In statements to PinkNews, activists described the bill as an affront to human rights, as well as a troubling example of what a government-sanctioned, religious right wing can achieve in only a few months.

“We were shocked by its content and how they managed to put together so much hate in a single document,” Rightify Ghana said.

“When you read the content of the bill, you get the idea that the bill itself was not produced in Ghana. It has the signature of US right-wing groups.”

This section has to do with a persons behavior in public.

* “Amorous relations” between or among persons of same-sex (Eg. Two boys/girls holding hands, hands around one neck, kiss on cheek, etc”

Ghanaian anti-LGBT+ group has links to the American right

Rightify Ghana explained that American faith groups have long enjoyed ties with the organisation the bill is named for, the National Coalition for Proper Human Sexual Rights and Family Values – one of Ghana’s most vicious anti-LGBT+ groups.

“US right-wing groups that have lost the fight against equality and diversity [on their home turf] are pushing their resources to Africa in an attempt to win something,” it said.

It pointed to a 2019 conference held in Accra for the World Congress of Families, a faction of Christian groups classified by the Southern Poverty Law Centre as a hate group, which the National Coalition hosted.

The two-day gathering was used to promote conversion therapy and stoke fear by presenting LGBT+ rights as a threat to Ghanians families.

In a report by the Global Philanthropy Project, researchers said the World Congress of Families “manufactured a moral panic” around queer people through the conference, comparing it to a “crusade”.

The project called the summit a “pivotal moment” in helping multiple “faith-based, gender-restrictive groups to come together and amplify” one another’s anti-LGBT+ messaging.

Researchers added that many of these groups have since 2013 worked with the National Coalition to lobby anti-LGBT+ bills  – and it seems they’re finally on the brink of getting one passed.

Anti-LGBT+ bill could embolden other African nations ‘to do worse’, warn advocates

Lawmakers have brought the bill forward at breakneck speed since it was announced in March this year by parliamentarian Samuel Nartey George.

Those supporting the proposals rely on a playbook of “propaganda, fear and conspiracy theories”, the group said.

“These and more damaging narratives are being used to promote the bill.”

Added to its list of woes, Rightify Ghana fears that the draft law could inspire neighbouring nations.

“Our fear is that the bill is far-reaching, it may become a template that would be used to introduce homophobic laws in other African countries,” it said.

“This is because Ghana was considered as an example for democratic principles, rule of law, freedom of speech and others.

“So, if this same Ghana which is claimed to be a good example can today introduce such hate bills, then others may be encouraged to do worse.”

Kwabena Antwi Boasiako, president of The Humanist Association of Ghana, shared his organisation’s “disgust at these attempts to further oppress the LGBTQI+ community as well as allies”.

“In their attempt, however, these lawmakers have shown their ineptitude in legislating and leadership,” he said.

Boasiako pointed to an initiative to encourage the African diaspora to visit Ghana in 2019 as capturing the country’s slide into homophobia.

“As to Ghana’s reputation, it has taken a big hit,” he said.

“Many in the diaspora were deceived by the massive Year of Return campaign by the government.

“They are now realising that the place they have been told is home is now home to tyranny and a thriving anti-gay rights movement – all backed by the government.”