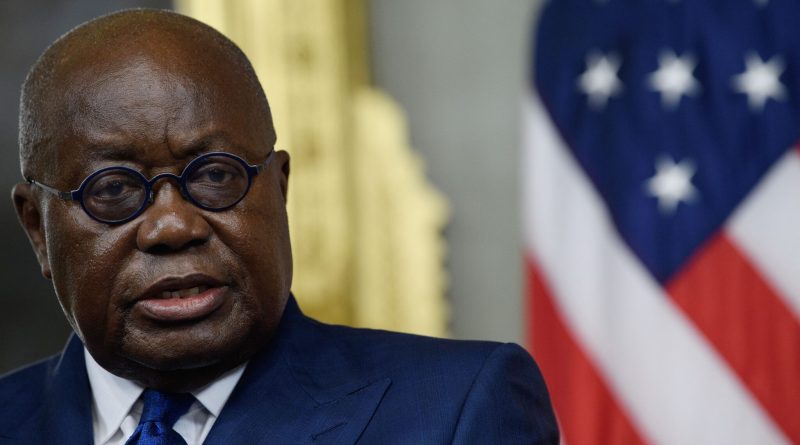 
The president of Ghana, Nana Akufo-Addo, has urged for “tolerance” as parliament considers a backbitingly anti-LGBT+ law.

The “Promotion of Proper Human Sexual Rights and Ghanaian Family Values Bill 2021” has fuelled fear among queer Ghanaians, wary of how a country that already sees their existence as a crime wants to make things even worse.

It’s a bill that activists say has the shadowy signature of America’s religious right, and one top human rights experts at the United Nations warn is a “recipe for violence“.

Despite only being in the pipeline for months, advocates have warned they are already seeing a rise in anti-LGBT+ violence. It’s “doubled”, they’ve told PinkNews.

But Akufo-Addo, who has long been bristled at the thought of LGBT+ rights, called for more “civil” conversation around such matters.

“What I would hope is that the debate itself be civil,” he told radio station Peace FM. “That we will recognise the need for us to be tolerant of each other when there are opposing views.

“I think it will be a credit to Ghananian democracy if this matter is handled in the correct manner.”

The bill has been pushed at a breakneck speed since it was first introduced by lawmakers in March.

In a bid to make the mere “advocacy” of LGBT+ rights a crime, the proposals have shored up support from regional chiefs, faith leaders and even the speaker of parliament, who once referred to queer folk as a “pandemic” during proceedings.

“These are traditional leaders either banishing LGBTQ persons or supporting the bill. It only shows how dangerous the situation has become for LGBTQ persons,” Rightify Ghana, one of the country’s most outspoken queer campaign groups, told PinkNews.

“From their behaviour, we fear if it was some time ago, they would kill LGBTQ persons. Unfortunately, the traditional leaders have been pushed by religious beliefs, not our culture as they claim.”

The legislative proposals are currently working through various parliamentary committees, while citizens are being asked to send submissions with their thoughts.

No clear timeline has been provided, leaving it unknown when it will be debated by lawmakers.

Among the harrowing policies in the bill, it would criminalise two people of the same gender holding hands as well as brazenly encouraging so-called ‘conversion therapy’.