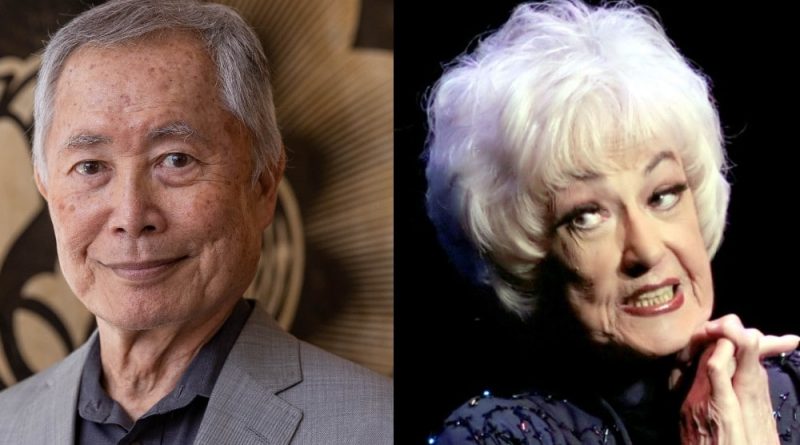 
George Takei has paid tribute to the incredible allyship of Golden Girls legend Bea Arthur nine years after she passed away, aged 86.

Bea Arthur was first known for playing Maude Findlay in the 70s sitcom All In The Family before starring as Dorothy Zbornak in The Golden Girls from 1985-1992.

Her strong female characters boldly tackled taboo subjects and traditional gender roles, earning her the love of the LGBT+ community – and she repaid that love many times over.

Star Trek‘s Sulu reflected on the actor’s proud LGBT+ legacy in a video for his activism platform, George Takei Presents.

“Bea Arthur was among the staunchest allies the LGBTQ+ community had,” he tweeted alongside the video. “She is still sorely missed.”

Throughout her television stardom Arthur had close friendships with gay men in Hollywood, and she opened her home as a safe haven to many, including the movie star Rock Hudson.

“I may be very pro-gay, but I think they have the greatest taste and the greatest wit, aside from being fabulous hairdressers and everything else,” she said in an old interview shared by Takei.

Those connections with gay men – as well as The Golden Girls’ status as a queer-friendly show – made her an icon among the LGBT+ community and ultimately led her to political activism.

In 2005, Arthur heard from a friend that the Ali Forney Centre, an organisation for homeless LGBT+ youth in New York City, was facing financial hardship. She refused to stand by.

“She immediately agreed to fly across the country from Los Angeles to New York in the middle of the winter to revive her one-woman Broadway show as a special one-night event,” recalled the Ali Forney Centre’s executive director, Carl Siciliano.

The event raised an incredible $40,000 for the centre, helping to get it through the recession of the 2000s.

“It was by far the biggest benefit up to that point we had ever had,” Siciliano said. “She kind of put us on the map as an organisation.”

Bea Arthur’s son, Mathew Saks, explained why his mother felt so moved to get involved. “There’s people in this country that kick their kids out of their house because they’re gay, and the thought of that, I think, really upset her,” he said.

She continued to embrace the LGBT+ community throughout her later years and spoke of the Ali Forney Centre in one of her final interviews.

“I’m very, very involved in charities involving youth,” she said. “These kids at the Ali Forney Centre are literally dumped by their families because of the fact that they are gay, lesbian, transgender… this organisation really is saving lives.”

Bea Arthur saved her biggest gift until after her death in 2009, when she bequeathed the centre $300,000 in her will.

When he found out, Siciliano said he was “so overwhelmed with gratitude” that at her memorial service he made a pledge that the first building the charity would ever own would be named the Bea Arthur Residence in her honour.

As promised, the the Bea Arthur Residence for LGBT Youth opened in Manhattan in 2017, offering eighteen beds to homeless LGBT+ youths just in time for Christmas.

“Nine years ago, the LGBTQ community lost a champion,” George Takei said. “But her legacy as a fierce LGBTQ advocate lives on in those eighteen beds at the Bea Arthur Residence in the Ali Forney Centre.”

Bea Arthur was among the staunchest allies the LGBTQ+ community had. 💕 She is still sorely missed. pic.twitter.com/NxQVGSc4rm