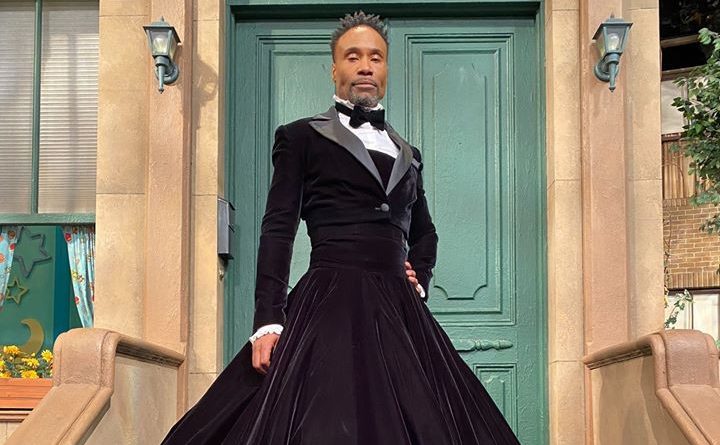 Billy Porter sometimes wears clothes typically associated with women – showing there can be a difference between gender identity and gender expression. (Facebook)

Whether you’re up-to-date, a little confused or simply curious, here’s everything you need to know this Transgender Awareness Week about the two phrases.

The definitions of gender identity vs gender expression

Let’s start with the basics – what does it all mean?

According to Stonewall, gender expression is defined as: “How a person chooses to outwardly express their gender, within the context of societal expectations of gender.”

Gender expression can be linked to the clothes you wear, how you style and cut your hair, or any other traits that can be stereotypically related to gender.

Separately to this, gender identity is defined as: “A person’s innate sense of their own gender, which for some people, doesn’t match up with the gender they were assigned at birth.”

And that’s where trans people come in! While cisgender people are content living as the gender they were given at birth, trans people often feel a disconnect with their assigned gender.

How do the two intersect?

It’s no secret that transgender people spend a lot of time thinking about our gender identity and our gender expression. And for binary trans people, the two can, and often do, overlap.

This is why so many trans people find value in presenting themselves in a way that allows their gender expression to mirror their gender identity.

Having other people’s perceptions of you align with your gender identity can be extremely validating, especially after dealing with misgendering, which can trigger severe gender dysphoria.

And this isn’t all just applicable to binary trans people. There’s no right way to look non-binary, and non-binary people can sit anywhere on the spectrum from masculine to feminine, to different gender expressions at different times. And many non-binary people enjoy the freedom that comes when strangers can’t determine their gender based on their outward appearance.

How do gender expression and gender identity differ?

Gender expression can’t always be relied on as an indicator of someone’s gender identity.

While many folks’ gender expression does match their gender identity, this isn’t always the case, for both trans and cis people. People can, at times, find this confusing, and this is sometimes used as fuel by transphobes attempting to invalidate trans people for not fitting into the rigid gender boxes of a cisnormative society.

But these boxes are much too small to contain the complex beauty of the trans community, and we cannot be categorised based on subjective things like hair or clothes.

It’s also important to note here that neither gender identity nor gender expression can be used to determine someone’s sexual orientation. There are as many ways to be queer as there are to be trans, and while stereotypes can be fun, we need to make sure we aren’t relying on them as fact when it comes to people’s identities.

Myths about gender expression and identity

While the way people express their gender does often correlate with their gender identity, this certainly isn’t always true, and no one is less valid because of it.

No one has the right to dictate someone else’s gender, and the only person who can label your identity is you. And you’re free to express that label however you want!

2. You can always guess someone’s pronouns based on their gender expression

Being brought up in a cisgender, heteronormative society means we are likely to learn harmful ideologies about gender and labels. So it is our responsibility – trans people included – to unlearn these biases.

In the same way that you can’t tell what a person’s sexuality is by looking at them, you can’t assume people’s pronouns based on how they present themselves, regardless of how ‘gendered’ their appearance may seem.

The best way to approach this? Just ask. You are much more likely to get a good response if you respectfully ask which pronouns someone uses, rather than assuming and hurting their feelings by misgendering them.

3. People can only use one set of pronouns

Dual pronouns have become more common in recent years, and for good reason: many people feel far more comfortable using two or more pronouns as opposed to just one set.

Some high-profile celebs have spoken out about their gender identities and how they feel an affinity with multiple sets of pronouns. Stars like Halsey, Kehlani and Elliot Page all use two sets of pronouns, from she/they to he/they, and this has been incredibly poignant and validating for the trans people who look up to them.

And if you find yourself struggling to use dual pronouns for a person, the best thing to do is practice until you’re a pro.

Everyone deserves love and respect, and the most important thing you can do is support trans people as much as you can in as many ways as you can, whether that’s people in your life or celebrities you look up to.