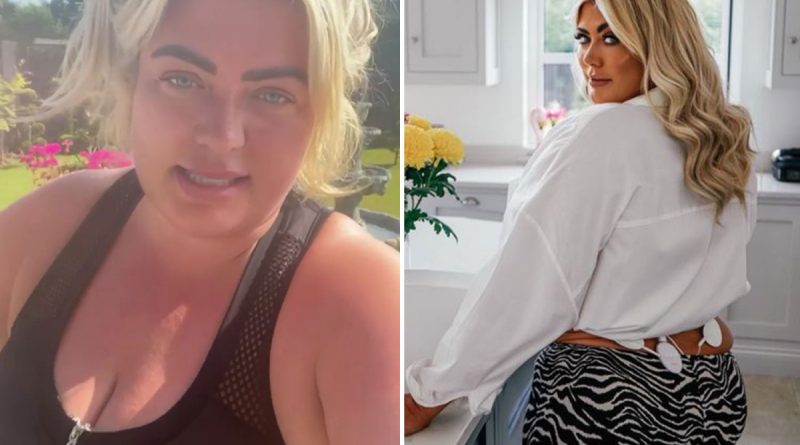 The Towie star wowed in the figure-hugging outfit that made the most of her toned bum.

Her fans were quick to comment on her incredible progress after months of exercise and eating healthily.

Gemma, 40, has set her sights on becoming a mum and said she’d love to give birth in front of the world.

The reality TV star is making a show about falling pregnant after rekindling her romance with Essex businessman Rami Hawash earlier this year.

And she’s been working on getting her body in shape.

The Towie star has been inspiring fans with fitness videos taken in the garden of her million pound mansion – losing an impressive four stone so far.

Gemma, who  suffers from polycystic ovary syndrome, has miscarried previously.

“Rami and I  are going to try — we’re really  excited about that.  It’s not so easy for me to get pregnant because of PCOS, so we’re going to make a show about that called Gemma Collins: Making the Baby.

“My agent is in negotiations.  I’m ready for a baby now and I can’t wait to be a mum.”

Interestingly, it comes as Love Island fans started a campaign to get Gemma hosting the next series – after rumours Laura Whitmore could be replaced

While Maya Jama and Maura Higgins’ names were thrown into the ring, fans have been calling for Gemma to take on the iconic role instead.