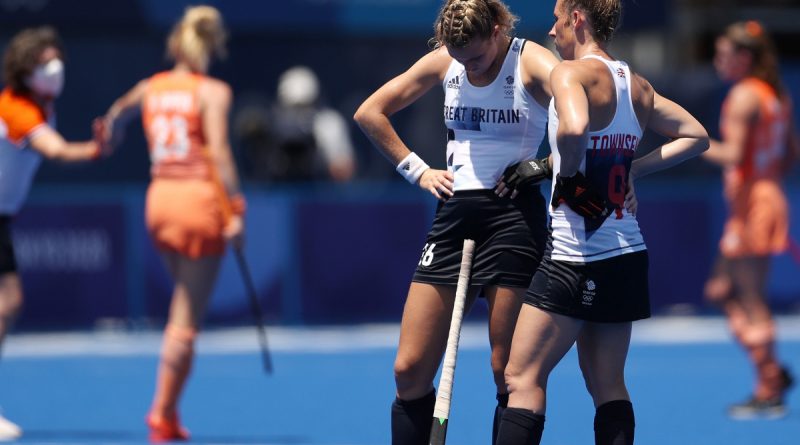 GREAT BRITAIN’S reign as Olympic hockey champions was ended – but Maddie Hinch and Co can still win a medal.

Hinch, the shoot-out hero of the 2016 final win over Holland, was powerless to stop the outstanding Dutch gain full revenge in their semi-final rematch as they ran out 5-1 victors.

This was the obliteration that had been threatened in the group match between the sides, when only a masterclass by Hinch had limited the damage to a single goal defeat.

This time, however, there were no miracles, just a mauling.

GB could have no complaints, and Giselle Ansley’s penalty corner strike came with the game effectively already lost.

They had made a bright start and then showed defensive resolve to cancel the Dutch out in the scoreless first quarter.

But two goals in the space of barely 60 seconds at the start of the second quarter were hammer blows GB never looked like recovering from.

Felice Albers got the first, smashing straight through the exposed Hinch from 10 yards after Laurien Leurinks was allowed to advance too far and pick a simple pass to her left.

And before they could regather their thoughts, GB left Marloes Keetels unmarked at the top of the circle, punished as she drilled into the bottom corner.

GB needed a response at the start of the third quarter. Instead, a sloppily conceded penalty corner finished them off, as Maria Verschoor deflected the strike up and past Hinch.

When Albers got a fourth from close range, as a hopeful reverse stick cross from the left was allowed to travel all the way by a ball-watching GB defence, it had become a question of how many the Dutch would score.

Ainsley’s goal breathed some life into the dying embers of the GB fire but they were extinguished when Hinch could only half-stop Frederique Matla’s penalty corner drag-flick at the opening of the final quarter.