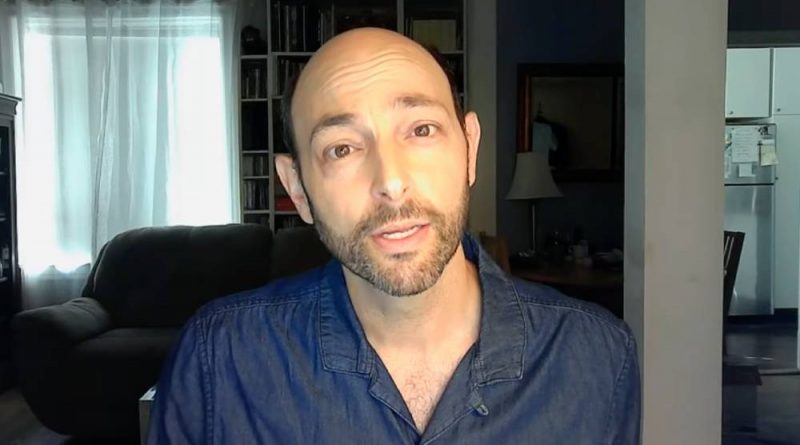 Matthew LaBanca was fired from his jobs at a Catholic school and church in New York after the Brooklyn Diocese found out he married his same-sex partner. (YouTube/Matthew LaBlanca)

A gay man lost his job as a music teacher at a Catholic school and music director at a church just weeks after he married his husband.

Matthew LaBanca said he was fired from his role at St Joseph’s Catholic Academy in Astoria, New York City, and the nearby Corpus Christi Church simultaneously on 13 October.

He explained in a YouTube video about the ordeal that he was let go from the roles after someone informed the Catholic Diocese of Brooklyn – his “ultimate employer” – about his wedding to his husband in August.

“A diocesan committee of high-ranking officials met for almost six weeks, something unheard of, to discuss the fate of my employment and to answer the question: ‘Should Matthew be allowed to remain at his jobs?’” LaBanca said. “The answer turned out to be: ‘No.’”

LaBanca said that bishop Nicholas DiMarzio, the soon-to-retire leader of the Brooklyn Diocese, was behind the decision to fire him.

He added he was offered a severance package but turned it down because it had a clause that would have barred him from speaking out about his termination.

“So I’m stripped of both of my jobs, all of my employment, my health insurance and most importantly stripped of the communities – the daily community life that has meant so much to me – not because of my work performances, not in the slightest, but because I’m gay,” he said.

A diocese spokesperson said in a statement to Fox5 that LaBanca’s contract was “terminated based on the expectations that all Catholic school and academy personnel, and ministers of the church, comply with church teachings, as they share in the responsibility of ministering the faith to students”.

“In his case, it has been determined that he can no longer fulfil his obligations as a minister of the faith at either the school or the parish,” they said.

But LeBanca argued there are “other church teachings that are not targeted this way”, including against employees who “may not be going to church on Sunday or anybody who is not Catholic, who is employed”.

“It’s a capricious, discriminatory practice against the LGBTQ community, and it happened to me,” he said.

The gay former teacher isn’t going down without a fight. There is an online campaign to petition the school to reappoint LaBanca to both his positions.

The campaign described LaBanca as a man who “lives out the Gospel through his dedication to all those who learn from him, whether they are school children, choir members or parishioners”.

“The communities of [St Joseph’s Catholic Academy] and Corpus Christi are outraged by this act of discrimination against a servant of God who embodies the teachings of Christ, and demand his reappointment to both positions,” it said.

In September, another gay teacher won his lawsuit against the Catholic school that fired him after learning he planned to marry his same-sex partner. A court ruled the Catholic Diocese of Charlotte and the school violated workplace sex discrimination laws when it fired Lonnie Billard on Christmas Day 2014.

Billard said his sexuality was no secret to anyone at the school, but he was told by an assistant principal that the diocese ordered his termination because he posted a wedding announcement on Facebook.

He filed sex discrimination charges in 2015, and more than six years later, a federal just ruled in his favour. The former teacher said he felt a “sense of relief and sense of vindication” after the court’s ruling.

“I wish I could have remained teaching all this time,” he added.