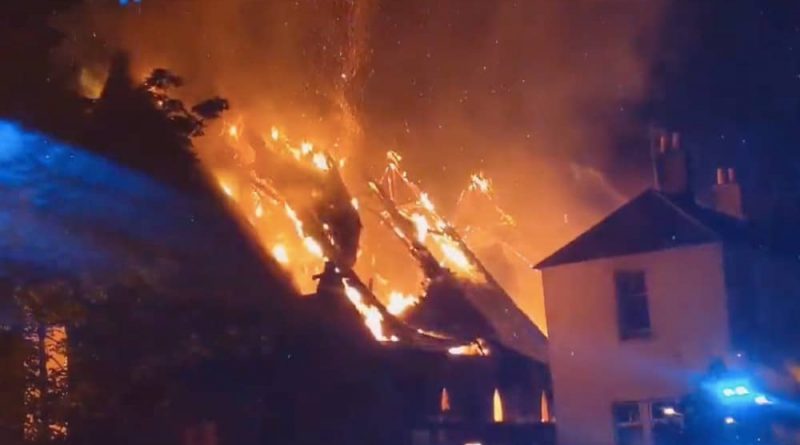 
A gay MP has spoken out after an “abhorrent” homophobic troll blamed his sexuality for causing a devastating fire at a 163-year-old Catholic church.

The SNP politician Kevin Stewart shared the vile abuse he received from a person who emailed him after St Simon’s church in Glasgow went up in flames on Wednesday (28 July).

According to The Herald, the fire started just before 3am and rapidly ripped through the masonry structure, causing a roof collapse half an hour later.

Police Scotland and the Scottish Fire and Rescue Service are still investigating the cause of the blaze – but one homophobe was convinced the MP’s homosexuality was to blame.

“It’s rare that I receive homophobic rants,” Stewart said, “but it seems that someone believes that my sexuality ’caused’ the devastating fire at St Simon’s in Glasgow and that I need to be ‘delivered from my homosexuality’.

“Unsurprisingly, I’ve refused the offer to ‘pray the gay’ out of me.’”

He posted a screenshot of the email he received on Twitter, which claimed “God has confirmed my prophetic word to you through the tragic fire”.

It ended: “We urgently need to discuss your deliverance from homosexuality on Friday 30 July. I look forward to your response.”

It’s rare that I receive homophobic rants, but it seems that someone believes that my sexuality “caused” the devastating fire at St Simon’s in Glasgow & that I need to be “delivered from my homosexuality”. Unsurprisingly, I’ve refused the offer to “pray the gay” out of me. 🏳️‍🌈 pic.twitter.com/IrfnwAMxAi

Stewart represents the constituency of Aberdeen Central, around 150 miles from the church in Glasgow. Exactly why the unnamed homophobe thought the MP was in any way connected to the fire is unclear.

Speaking to The National, Stewart said: “It is galling that in 2021 that a small minority of people still think this way and it is utterly abhorrent that this person believes that they can ‘pray the gay’ out of me or anyone else.

“Scotland has made huge progress on equality issues in the past couple of decades and long may that continue.

“We should strive to ensure that today’s LGBT+ young people can live their best lives without facing the discrimination that many faced in the past and we should unite to consign prejudice to the dustbin of history.”