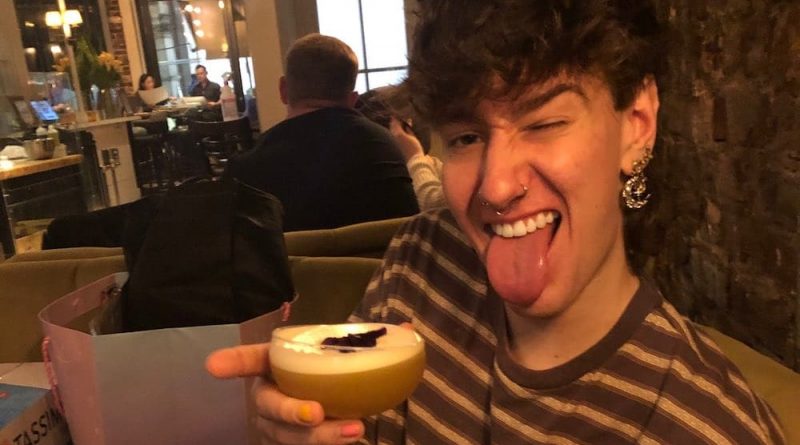 Brandon Rogers, an LGBT+ 21-year-old who was turned away from 20 Stories Manchester over his leopard print trousers. (Twitter/ parisosbornee)

A gay man was turned away from a Manchester restaurant because he was wearing leopard print trousers, which the door staff deemed “too much”.

Brandon Rogers, 21, from Cheadle Hulme, visited 20 Stories Manchester on Monday (8 November) with his family to celebrate his sister’s birthday.

But according to his other sister, Paris Osborne, he was the only one in their party of six that was turned away from the restaurant, which has a “smart casual” dress code.

Osborne wrote on Twitter: “We’ve just been out for my sister’s birthday and my brother, who is the best dressed out of all of us and is extremely expressive and proudly gay, was denied entry to 20 Stories Manchester.

“The bouncer looked him up and down, said his ‘pants are too, too much’, ‘the leopard print, no.’

“But then let a man who was seen as more ‘male’ who wore jeans that were discoloured, dirty and wore worn out trainers, straight in.

“Absolute discrimination and homophobic. This needs to be seriously addressed.”

We’ve just been out for my sisters birthday and my brother who is the best dressed out of all of us was denied entry to @20StoriesMCR . Please read this is awful. Absolutely shocked and horrified. Homophobia still exists and very very strongly. pic.twitter.com/MxDXFwMnpO

Osborne said she was “absolutely shocked and horrified” by the incident, and added: “Homophobia still exists and very, very strongly.”

She followed up her tweet with a post collating various photos tagged at 20 Stories Manchester, showing multiple women, all wearing leopard print.

According to Manchester Evening News, Rogers, who has autism, said he found the situation “infuriating” and added: “Queer people are suppressed and made to feel different our entire lives. I’m personally not a very confident person so the way I present myself with dangly earrings and patterned clothing makes me feel that little bit more confident and happy within myself.