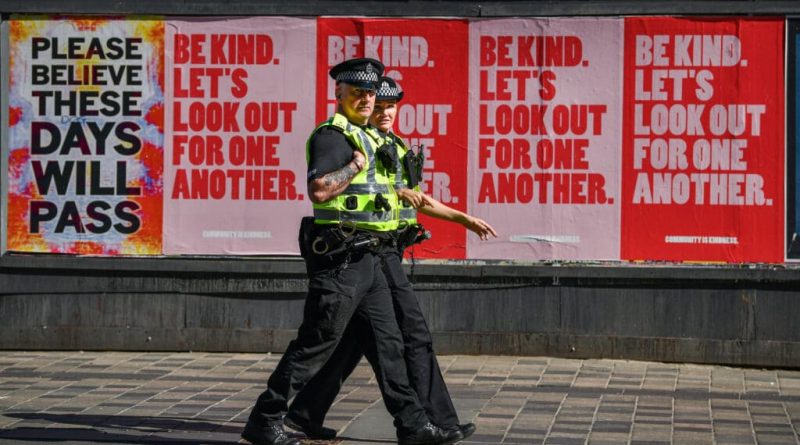 When two gay men were viciously attacked on a busy Edinburgh street on Friday night (30 July), onlookers reportedly stood by and laughed.

The brutal attack took place on Edinburgh’s bustling Leith Street in the city centre, near John Lewis, at around 9.20 pm, according to Edinburgh Evening News.

The two gay men, understood to be a married couple, were assaulted without warning.

An eye witness told the publication that they had seen a group of four men punching, kicking and spitting on the victims, before stealing a bag and fleeing the scene.

“It was unprovoked entirely – the gay men did not fight back, they only tried to defend themselves,” they said.

“The boys were laughing, egging each other on and calling the victims poofs. Another girl [at the scene] heard them say poofs explicitly.”

Shockingly, the witness said they saw people walk and drive by the horrific scene without stopping, and some even watched and laughed.

The witness said they didn’t intervene as they had been assaulted before while trying to defend a victim of an attack. They did, however, start filming and called the police.

Afterwards, one of the victims approached them. The witness said: “The victim came straight over, thanked me and I asked if he was OK. There was blood on the ground.

“He burst into tears and I held him as he sobbed so hard into my chest.

“He told me he did not know why they did it to him.”

Police have not yet said whether the incident will be investigated as a hate crime.

A Police Scotland spokesperson said: “We received a report of an assault and robbery against two men on Leith Street, Edinburgh, around 9.20pm on Friday, 30 July.

“Both men – aged 33 and 30 – weren’t seriously injured. Enquiries are ongoing. Anyone with information should contact Police Scotland via 101 quoting incident number 3636 of 30 July.”

The attackers have not yet been identified, and members of the queer community in Edinburgh and beyond are desperate for witnesses to come forward.

Colin MacFarlane, director of Stonewall Scotland and Northern Ireland, wrote on Twitter: “This is horrific. Hate crimes against LGBT+ people are on the rise.

“For many of us, being free to be ourselves requires constant risk assessments to ensure we are safe on our streets. If you have any info please contact Police Scotland.”

This is horrific. Hate crimes against LGBT people are on the rise. For many of us, being free to be ourselves requires constant risk assessments to ensure we are safe on our streets. If you have any info please contact @policescotland https://t.co/YT7q9uJYWE

Jordan Daly, founder of Scottish inclusive education charity Time for Inclusive Education (TIE), wrote: “Horrifying. This is why deciding to hold hands, or kiss, or cuddle in public is often accompanied by fear, and feels like a risk assessment.

“This is why whipping up prejudice against minority communities is dangerous. I hope the perpetrators are found.”