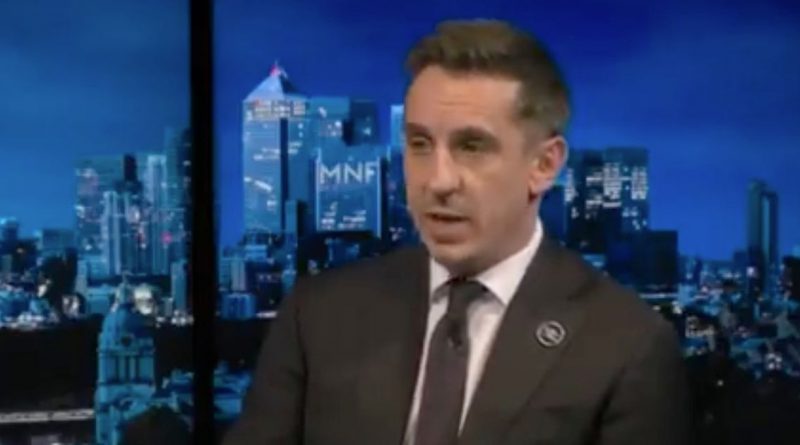 
Gary Neville has spoken out about Ole Gunnar Solskjaer’s future at Manchester United, and confirmed a common theory that is shared amongst the club’s supporters

Gary Neville has confirmed that Manchester United fans are spot on with their theory about under pressure boss Ole Gunnar Solskjaer.

The United manager has been placed under serious pressure following an awful run of form, that has seen the Red Devils lose four of their last seven games in all competitions.

United’s 4-2 defeat to Leicester on Saturday also marked the end of their record-breaking away run in the Premier League, and placed Solskjaer in even more hot water.

However, despite another defeat, former team-mate Neville does not see anything changing in the near future at United, confirming what fans believe.

More and more fans have turned on Solskjaer, and Neville has been called out for defending his former teammate, even being targeted by co-host Jamie Carragher for making excuses because it’s his friend.

Speaking on Monday Night Football, Neville gave his honest views on the situation, as he said: “He should be under massive pressure because he’s been there for two years, 100 per cent.

“But the club are not going to change him. I have Manchester United fans on my social media saying you won’t call him out because he’s your mate. No I won’t. I won’t call out any manager and ask for them to be sacked.

“He’s my former team-mate and I actually like him a lot, Manchester United have failed with two managers who are perceived as world class. I think you give him until the end of the season.

Will Ole Gunnar Solskjaer still be managing Manchester United at the end of the season? Comment below.

“I disagree with Jamie [Carragher], if you win a trophy and finish in the top four, that is progress. The pressure is building though, what a collection of players, he has to get them to perform.”

Neville gave his views on how Solskjaer can turn it around, and the former United captain said: “Solskjaer has to somehow bring that group together.

“He’s got to find a basic defensive shape that the players buy into and allow the others to go win the games for him. It’s the only way for him to get the season back on track.

“The aura of Ronaldo, Fernandes is walking around with his arms out all the time, Pogba doesn’t know if he is staying or leaving, the emerging captain Maguire thinking how he controls this lot.

“Ole has to solve it this week. On Sunday, this lot are an odd bunch, they could out and do Liverpool. They have to get that spirit and dynamic right.”

Solskjaer has a gruelling run ahead as he looks to turn around United’s form in the most difficult of circumstances, as Liverpool, Tottenham and Manchester City are up next in the Premier League.