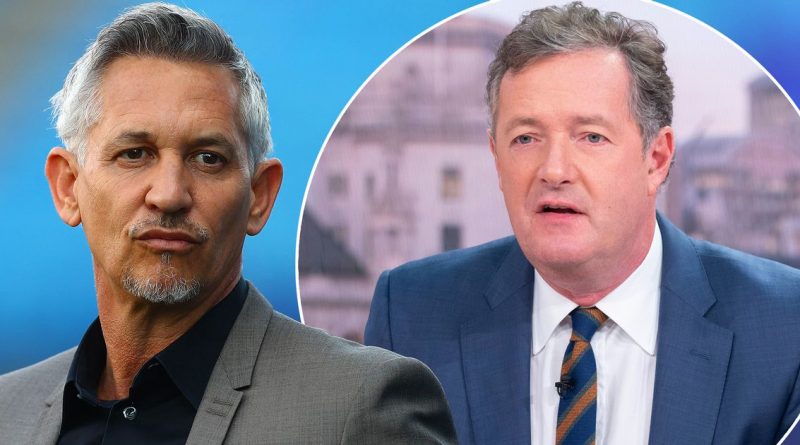 Gary Lineker has called out Piers Morgan for his dismissive Tokyo 2020 tweet in which he downplayed the COVID-hit Olympic games.

In response, Lineker lept to the defence of the games that officially got underway last Saturday, under a slight cloud of controversy.

Alongside a number of positive COVID cases within the Olympic village, the director of the Opening Ceremony was fired after a an offensive historic joke was unearthed.

Nevertheless, the games have thus far delivered in terms of the sport, with Team GB already up to three gold medals, two silvers and a bronze on Day Three.

One of those gold medal winners, swimmer Adam Peaty, was directed tagged in Morgan’s initial tweet.

The broadcaster and journalist asserted that “Nobody cares about these covid-ravaged Olympics. I feel incredibly sorry for all the athletes still trying to live their Olympic dream, but that is the harsh reality.”

Morgan continued, adding “The great champions like @Adampeaty know it. It should have been either further postponed or cancelled.”

Match of the Day presenter Lineker, never one to back to down from a Twitter debate, fired back with a supportive message for the games and the athletes involved.

“You’re wrong on this one,” he wrote.

“It’s exhilarating, uplifting and inspiring. Exactly what’s needed in these most depressing of times,” Lineker wrote to his old foe.

Do you agree with Morgan on this one? Let us know in the comments below!

The aforementioned Peaty was in the pool early on Monday morning, winning Britain’s first gold medal of the games – and successfully defending his 100m breaststroke Olympic title from five years ago.

The swimmer had recently expressed his disappointment at not being able to compete in front of fans in Tokyo, with only the teams, officials and members of the media poolside.

However, in the wake of his dominant victory on Monday, the 26-year-old put pay to any suggestions that the win didn’t matter, claiming that this was the best he’d felt in five years.

BBC presenter Gabby Logan also responded to Morgan’s claims on Twitter, saying “I think you are wrong Piers. I think some people do care. You might not, but I don’t think you speak for everyone.”

The delayed 2020 Olympic Games continue until the 8th of August, with athletes such as Laura Kenny, Jason Kenny, Dina Asher-Smith and Katrina Johnson-Thompson still yet to compete.