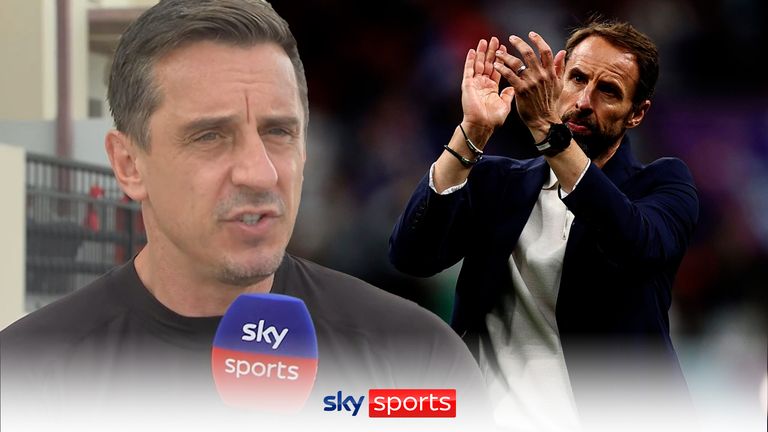 
Gareth Southgate will stay on as England manager until the 2024 European Championships, the Football Association has confirmed.

Sky Sports News was able to confirm initial newspaper reports that Southgate was “convinced” he should stay on as manager, after initially telling FA bosses he needed to take time to consider his future, following England’s World Cup quarter-final exit to France.

But the 52-year-old will now remain in charge for a fourth major tournament.

A statement from FA CEO Mark Bullingham read: “We are delighted to confirm that Gareth Southgate is continuing as England manager, and will lead our Euro 2024 campaign. Gareth and Steve Holland have always had our full support, and our planning for the Euros starts now.”

Southgate led England to the World Cup semi-finals in Russia in 2018 and the final of last summer’s European Championship, before reaching the last eight in Qatar.

Gary Neville reacts to the announcment Gareth Southgate has decided to stay on as England manager, saying that there isn’t a massive talent pool to replace him and ‘it didn’t feel right’ him leaving.

“When I saw that it was going to be discussed in the New Year, I didn’t think that would work, letting it hang for so long. I felt it needed to be dealt with and the fact it has come out overnight is welcome.

“It puts it to bed, it allows everyone to focus for the next 18 months. If there is going to be a change it will be after the next tournament, it means a proper succession plan can be put in place.

“It didn’t feel right Gareth leaving and it also didn’t feel like either he or the FA had got anything lined up, either in their own careers or for the FA to replace Gareth.

“We’ve played well in this tournament, we played well against France, I thought we were the better team on the night and that happens in football sometimes.

“I know we always want an autopsy, a scapegoat, a blame but it doesn’t really exist for me in this tournament. I think the players, manager and coaches have handled themselves pretty well, accepting that losing a quarter-final, there will be those, including myself, thinking ‘why can’t we get over the line?’

“But having not got over the line myself a few times, I understand it.”

Southgate has never won a trophy as a manager but despite calls from some quarters for him to be replaced by a head coach with a proven track record of delivering silverware, Neville says his former England team-mate has delivered significant improvement and outperformed more illustrious names of the past who have taken management of the national team.

“This idea they’re mutually exclusive those things and you can’t have what Gareth’s brought – which is respect, integrity, good football, good performances – and then win, I don’t go along with that,” said Neville.

“This idea that this nice Gareth Southgate can’t win a tournament with England, I don’t buy into it.

“We brought in Sven-Goran Eriksson who was apparently a hard winner and so was Fabio Capello, coaches who had success at club level, and they didn’t deliver anything like what Gareth has delivered with England. Let’s put that to bed. 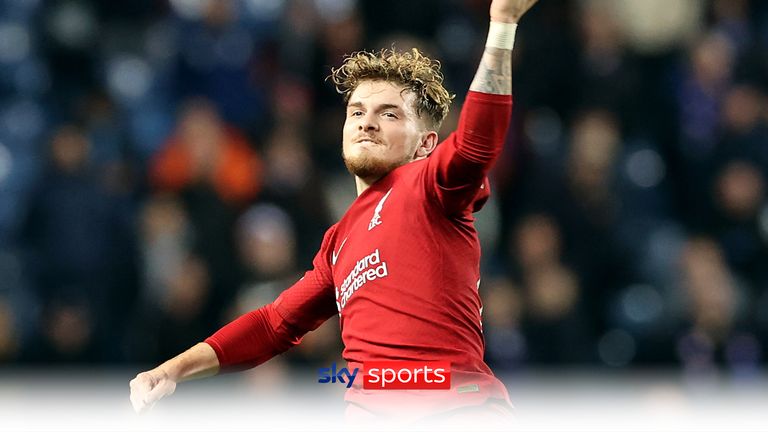 “Over the last 10 years we’ve wanted a better team, a more technical team, better performances, getting to the latter stages of competitions, keeping possession… Gareth has done all those things.

“He has made us feel better about playing for England again, getting our players and our game respected around the world. We’re in a good place. With the women’s success, with the youth team success, England have had a really good 10 years, this idea we need to bring in this hard-nosed, killer winner and all of a sudden we’ll be OK, I don’t buy into it.

“I played with Southgate, I’ve known him a long time – he desperately wants to win. Don’t be fooled by this nice façade just because he’s polite when he speaks to people and does the press conferences where he’s articulate.

“Remember the way he’s dealt with some big decisions and he’s been harder with it than a lot of England managers over the years who have bottled it with big names and put them straight back into the team.”