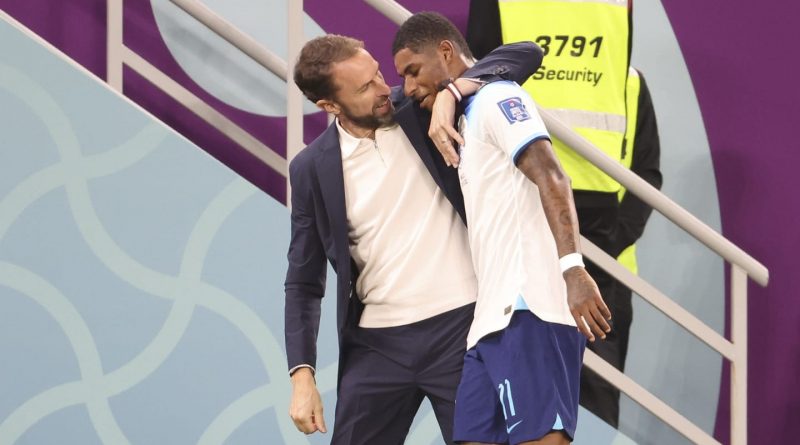 
Gareth Southgate says the Marcus Rashford playing at this World Cup is a ‘different version completely’ to the one that struggled at Euro 2020 last year.

Rashford has impressed in Qatar, coming off the bench to score in England’s opening match against Iran before getting two outstanding goals in their 3-0 win over Wales.

It’s a stark contrast to how the Manchester United star did at the Euros last summer, with him failing to get a single goal or assist in the four matches he played in his nation’s run to the final before missing in the penalty shootout with Italy.

Southgate says the forward is a completely different player now, and feels that the fact that he’s happier at club level has a lot to do with that.

Harry Symeou hosts Scott Saunders and Toby Cudworth to look back on South Korea/Japan ’02 as part of the ‘Our World Cup’ series. We take a trip down memory lane – join us!

If you can’t see the podcast embed, click to download or listen to the episode in full!

“It’s been a challenge for him,” the manager said after the match against Wales.

“I went and saw him in the summer, I had a long chat with him. He had some clear ideas on things he felt he needed to do. You can see with his club he’s been happy in his performances this year. I have to say that’s shown itself on the training ground with us.

“We have a different version completely to the player we had at the Euros. He’s managed to produce those moments tonight, he could have had a hat-trick. It’s great for him, it’s great for us.”

Rashford has scored 15 goals in 49 games for England since making his debut in 2016, while he is now the joint top scorer at this World Cup.