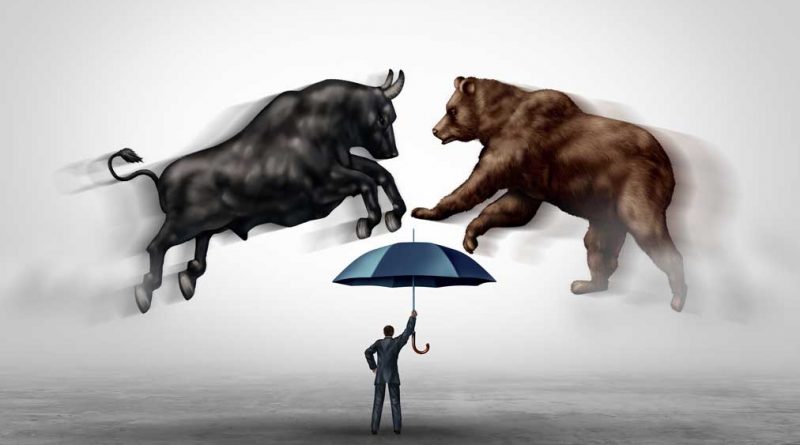 Among the Dow Jones leaders, Apple (AAPL) jumped 2.6% Monday, while Microsoft (MSFT) was up 0.9% in today’s stock market. American Express (AXP), a Dow Jones stock to watch, rallied 1.6% as it heads toward a new buy point.

Matson, Microsoft and Tesla are IBD Leaderboard stocks. Vertex was featured in this week’s Stocks Near A Buy Zone column.

If you’re new to IBD, consider taking a look at its stock trading system and CAN SLIM basics. Recognizing chart patterns is one key to the investment guidelines. IBD offers a broad range of growth stock lists, such as Leaderboard.

Wall Street expects Advanced Micro Devices (AMD) to earn 76 cents per share on revenue of $4.52 billion. AMD shares closed Monday more than 30% off their 52-week high, even after rising 8.6% Monday to regain their 200-day line.

FANG stock Alphabet (GOOGL) is expected to report earnings per share of $27.65 on sales of $72.2 billion. GOOGL stock is riding its 200-day moving average line as it forms a new base.

American Express decisively regained its 10-week moving average last week with an 11.5% advance. AXP shares are moving up the right side of a new base with a 189.13 buy point, according to IBD MarketSmith chart analysis. Be on the lookout for a potential handle to offer a more risk-optimal entry. Shares rallied 1.55% Monday.

Matson is back in buy range above a cup-with-handle buy point of 93.27 following Monday’s 0.5% dip. The 5% buy range tops out at 97.84. Its RS line hit a new high on the breakout, a bullish sign. Learn about Matson’s markets and competition in IBD’s Industry Snapshot.

New IBD Leaderboard stock Vertex Pharmaceuticals broke out past a 234.68 buy point Friday with a 6.5% surge, according to IBD MarketSmith chart analysis. Shares inched higher Monday but remain in the 5% buy range that runs up to 246.41.

Per Leaderboard analysis, Vertex just broke out of a first-stage bottoming base. Since November, Vertex has counted numerous instances of nice gains in above-average volume, a plus.

Tesla stock surged 10.7% Monday, adding to Friday’s 2.1% climb. Early Monday, Credit Suisse upgraded the stock from neutral to outperform with an unchanged price target of 1.025. The stock found much-needed support at its long-term 200-day moving average line. But Tesla shares remain sharply below their 50-day moving average line and there is no proper entry in sight.

Among Dow Jones stocks, Apple stock advanced 2.6%, moving further above the key 50-day line after Friday’s decisive move. Shares are again about 14% past a 153.27 buy point out of a cup-with-handle base, according to IBD MarketSmith chart analysis. A new base is likely forming, but it is slightly too early for a new buy point.