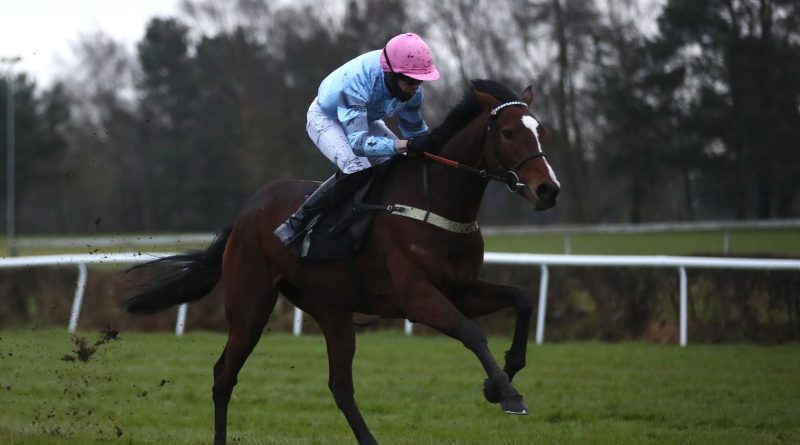 Pam Sly is eyeing the Further Flight Stakes as a potential target for stable star Eileendover.

The daughter of Canford Cliffs began her career under National Hunt rules – winning her first three bumpers, including a Listed event at Market Rasen, before finishing fourth in a Grade Two at Aintree.

She switched to the Flat last season, with a valuable handicap success on Newmarket’s July Course during the summer supplemented by some sound efforts in defeat.

Keen to enhance her potential broodmare value by securing some black type on the level, Sly is looking forward to getting Eileendover back on the track – potentially starting off at Nottingham on April 6.

The trainer said: “Eileendover started cantering on Friday. She just did the one (canter), Jack Andrews rode her and said ‘this is different class!’.

“She’s going to stay on the Flat, I think – I don’t think we’ll be going jumping.

“I’m looking at the Further Flight at Nottingham at the beginning of April. I just want to get a bit of black type from the Flat on her.

“She’s probably grown a bit over the winter.”