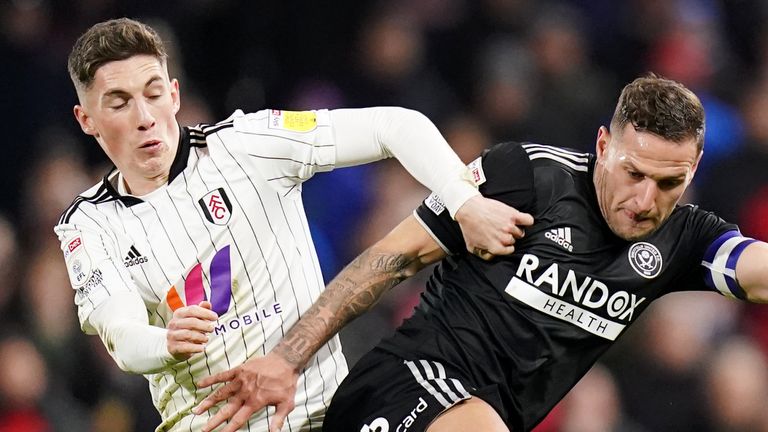 
Fulham spurned the chance to move five points clear at the top of the Sky Bet Championship as they fell to a 1-0 defeat to Sheffield United in the final game before Christmas.

The only goal of the game came after four minutes, when young Blades star Iliman Ndiaye tucked home from the edge of the box after a dazzling run from inside his own half.

Championship leading scorer Aleksandar Mitrovic had the hosts’ best chance to level with just minutes remaining at Craven Cottage, but he fired against the woodwork before Harry Wilson blasted the rebound wide.

While Marco Silva’s men remain top of the pile, Bournemouth remain just two points behind, with Tony Mowbray’s rampaging Blackburn just one further back. Sheffield United, meanwhile, climb to 11th, within three points of the top six, after their fourth straight win

How Fulham were nullified at the Cottage

Out-of-form Bournemouth’s 1-0 defeat by Middlesbrough on Saturday had presented Fulham with the chance to cement their status as title frontrunners at Christmas, yet against the Blades – afforded an extra seven days’ rest due to the postponement of their clash with QPR last Monday – they were dealt a blow within minutes of kick off.

It came courtesy of a moment of magic from Ndiaye. The 21-year-old Frenchman seized control of the ball in his own half, burst forward and past several opponents, before riding the challenge of a sliding Tim Ream and arrowing a low shot beyond the reach of goalkeeper Marek Rodak. 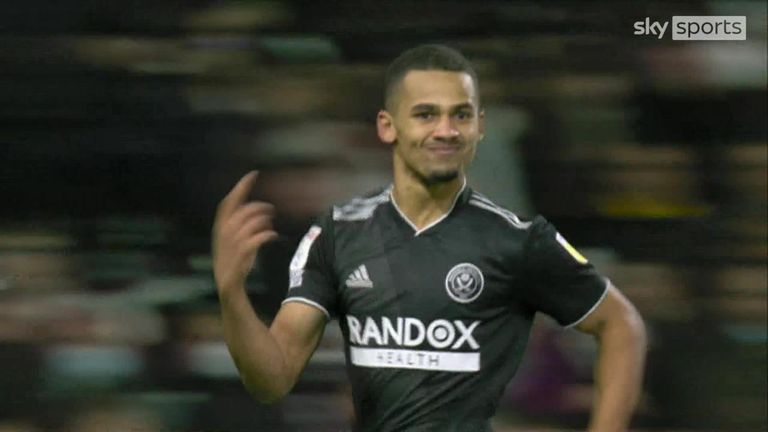 As expected, Fulham were dominant in possession from there on in, though a well-organised Sheffield United defence successfully limited their chances. Mitrovic fired a warning shot when he flashed a first-time effort wide, before Neeskens Kebano struck narrowly off target on the turn.

The Blades were quiet in attack, yet popped up with golden opportunities when their opponents were least expecting it. John Egan timed his run to perfection and almost turned in a free-kick at the back post midway through the second half, while Jayden Bogle pushed forward at every chance and Billy Sharp was denied a beautifully-crafted second by the linesman’s flag.

On December 3, Fulham eventually drew level after being pegged back by Bournemouth and it looked as though there would be a repeat when Mitrovic worked space for a shot late on. But after a drop of the shoulder sent three United players packing, he appeared to lose his balance and rattle the post and with Wilson unable to utilise the rebound, their luck ran out.

Man of the match – Iliman Ndiaye

Just two seasons ago, the Blades youngster was on loan at Hyde United in the Northern Premier League. This season, he has taken his chance and ran with it.

The confidence and composure he showed in scoring what proved to be the winner was a true sight to behold, but not only that, his work off the ball was impressive throughout and will be key if Paul Heckingbottom’s men are to threaten the promotion places in the second half of the season.

What the managers said…

Fulham’s Marco Silva: “It was a frustrating evening for us, definitely. If you analyse the chances that they created and we created during the game, it was not a game for us to lose because we had two moments where we could score; they had the goal and I don’t remember anything more. But the overall performance was disappointing. We didn’t perform even close to where we should to have a good evening, to win the game and enjoy what we were doing on the pitch.

“After the goal, we were less confident to play, but it is in that moment that we should show why we are on the top and our personality and character as a team. It wasn’t our best evening and, of course, we are disappointed at that.”

Sheffield United’s Paul Heckingbottom: “I could stand here and be critical and say we could have, should have been better with the ball, but having reflected on the game quickly and gone through it, there is no way we would have won a game like that a while ago. The players can be proud of the effort they put in.

Both teams are next in action at 3pm on Boxing Day. Fulham host Birmingham at Craven Cottage, while Sheffield United travel to Deepdale to face Preston.