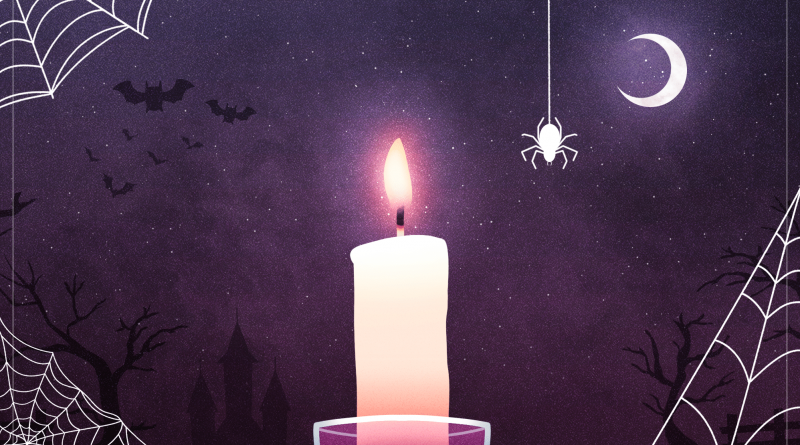 Halloween is the most wonderful time of the year for many queer people. (PinkNews)

Each year on 31 October, people dress up, go to parties, go trick-or-treating, or watch their favourite horror films to celebrate the holiday that has become known as Halloween.

Today, many queer people affectionately refer to Halloween as “Gay Christmas” – and it’s not hard to see why. The holiday has allowed LGBT+ people to express themselves freely in oppressive cultures. While other annual holidays are rooted in normalcy and repetition, Halloween is the birthplace of experimentation.

Halloween is the most wonderful time of the year for queer people, but many aren’t aware of its fascinating history.

In fact, Halloween – as we know it today – has been celebrated in some form for hundreds of years. It might have been popularised in America, but Halloween’s roots lie in ancient Celtic civilisations – and many of the traditions we associate with 31 October today have remarkable cultural and historical significance.

Here, we take you through the incredible history of Halloween, from its roots in the Celtic festival Samhain right up to the American version of the holiday much of the world celebrates today.

Long before Halloween existed, 31 October held a special significance for the ancient Celts in Ireland, Scotland and the Isle of Man.

That date was the night before Samhain, the festival that marked the end of the harvest season and the beginning of winter. For the Celts, Samhain meant that they were entering into the darker, colder half of the year.

It was on Samhain that ancient burial mounds were opened in Ireland. These mounds were thought to be portals to the “Otherworld”, a realm filled with deities and those who had died. More broadly, Samhain was thought to be a liminal festival – people believed the barrier between this world and the next thinned, meaning spirits and fairies could cross over.

Samhain, therefore, was a time of mourning – but it was also a chance to celebrate and remember those who had died. It was believed that the souls of dead loved ones would be able to cross over from the Otherworld and visit their old homes on Samhain, and people prepared for this by setting a place at the table for those who had passed on.

Those ancient traditions can still be seen in the way we celebrate Halloween today. So much of the modern iteration of Samhain is built around ghosts, death and spirits.

The act of dressing up – and trick-or-treating – also has fascinating roots in the celebration of Samhain. From at least the early modern era, Celts would dress up on Samhain and go door to door reciting poems in exchange for food. It is thought that people disguised themselves to avoid the attention of the spirits and fairies who were expected to cross over from the Otherworld, although it’s also possible they were trying to imitate those very spirits.

Another tradition we mark today that also has its roots in Samhain is the act of pumpkin carving. In ancient Celtic civilisations, people instead hollowed out and carved faces into turnips. They would then use them as lanterns, and it is thought they were used to ward off evil spirits.

Around the ninth century, the Catholic Church moved All Saints’ Day to the 1 November, which made 31 October All Hallow’s Eve. Folklorists believe that the traditions around Samhain and the Christian feast influenced each other as the years rolled on, and gradually, they became inextricably linked.

In the mid 19th century, huge numbers of Irish people emigrated to America in search of a new life as their own country was ravaged by The Great Famine. They brought their customs and traditions with them, and many of those customs were influenced by the ancient festival Samhain.

Each year, at the end of October, Irish people in America would wear masks, dress up, and hand “soul cakes” around to others. The festivities became increasingly popular, and other people started to join in.

By the end of the 19th century, Americans had become determined to sanitise Halloween and strip it of its anti-social, death-obsessed image. Instead, Halloween was reframed as a community focussed event that saw families and friends get together to mark the turn of the season. Halloween parties became popular, with the focus instead being on games and fun instead of fairies and spirits.

That shift proved essential for America’s burgeoning queer community. Halloween was a time when people could wear whatever they liked without facing repercussions – even if that meant wearing clothes traditionally associated with the opposite gender.

It’s worth bearing in mind that many places actually criminalised what was referred to at the time as “crossdressing” – so Halloween presented a welcome escape for early queer communities.

By the time the 1920s rolled around, queer communities were hosting drag balls on Halloween as they knew it was a time of year they could escape harsh, puritanical ideas about gender expression.

That history brings us to where we are today. Nowadays, Halloween is widely celebrated by queer communities right across the world as a rare opportunity to experiment with their image and identity.

The culture around Halloween that we know and love today would never have been possible without Samhain, the endlessly fascinating Celtic festival that gave birth to “Gay Christmas” as we know it today.