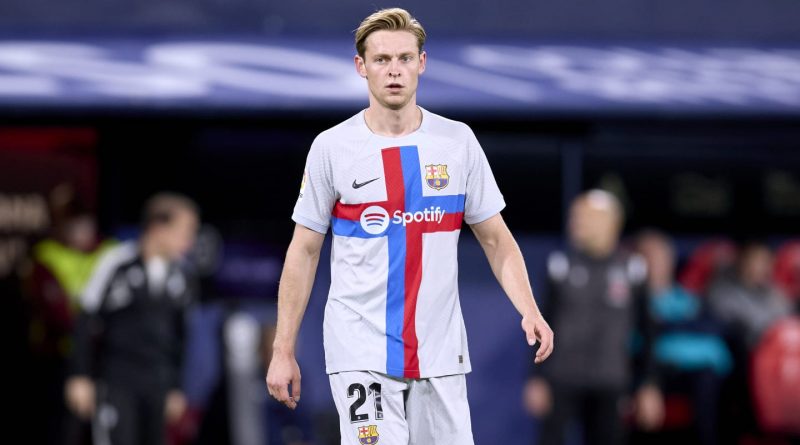 
The father of Barcelona midfielder Frenkie de Jong has revealed they held talks with both Manchester City and Paris Saint-Germain before eventually moving to Camp Nou in 2019.

De Jong was one of the most in-demand talents on the planet during his time at Ajax, where he enjoyed a meteoric rise to stardom that saw the Dutch side eliminate both Real Madrid and Juventus from the 2018/19 Champions League.

He’d eventually join Barcelona at the end of the season, but not before talks with the rest of Europe’s elite.

“He talked with [Thomas] Tuchel at Paris Saint-Germain, he talked with [Pep] Guardiola at Manchester City. They all wanted Frenkie,” his father John told The Athletic.

Harry Symeou hosts Jack Gallagher and Toby Cudworth to look back on Germany ’06 as part of the ‘Our World Cup’ series. We take a trip down memory lane – join us!

De Jong’s time at Barcelona has been a challenging one, with the midfielder not always impressing on the pitch and often finding himself caught up in transfer speculation, the latest of which involved both Chelsea and Manchester United.

He has not shied away from criticising the Barcelona hierarchy for what he felt was pressuring him into leaving Camp Nou last summer, but De Jong’s desire to remain in Catalonia proved too strong and he survived another transfer window of uncertainty.