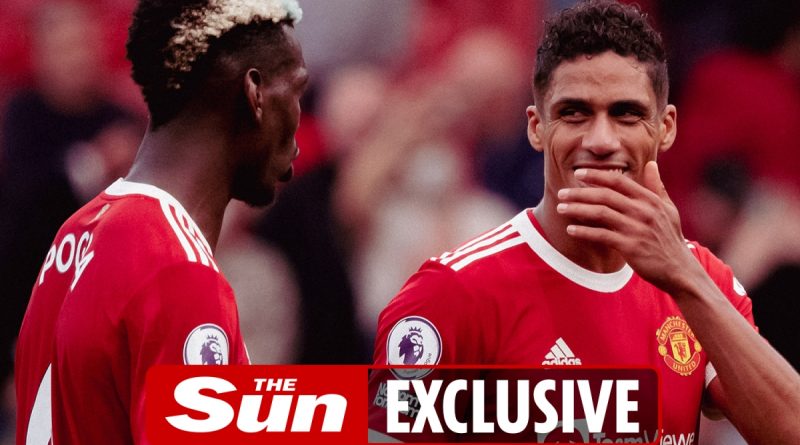 
PAUL POGBA and Raphael Varane flew back to England on a private jet after France’s Nations League win in Milan on Sunday evening.

Manchester United’s pair helped the world champions to a 2-1 win over Spain who brought on West Ham’s Pablo Fornals as a late substitute.

While French stars Pogba and Varane were back home, Fornals was on his way to Milan Malpensa Airport to catch EasyJet’s 10.55am flight to Luton on Monday.

Down-to-earth Fornals travelled with family and happily chatted with other passengers in a massive passport queue at Luton.

It was only 13 months ago that England travelled to Denmark to play in the Nations League.

And while Gareth Southgate’s side returned on a private jet, Leicester’s Danish keeper Kasper Schmeichel took an EasyJet flight from Copenhagen to Gatwick.

And Spurs’ Pierre-Emile Hojbjerg chose Ryanair for a trip to Stansted.

BT Sport are happy they moved the Hornets’ game with Liverpool this Saturday to their 12.30pm live slot in August.

Last month the Reds, without involving Watford, asked for it to go to 5.30pm due to the large number of players on international duty this week.

Why they think they are a special case — or why they did not raise the issue earlier — is a mystery.

During the Covid-hit campaign it was 461, for obvious reasons.

Bumper crowds at Leeds and Norwich are now pushing that figure up compared to when Fulham, Huddersfield and Bournemouth were in the Premier League.

THE Irish FA are tackling one of the most sensitive issues in the world.

They are making great advances in peacebuilding in Catholic and Protestant communities.

The Stay Onside initiative delivers football-related activities and this includes bringing together loyalist and republican inmates in prisons using the sport as a tool to fight sectarianism.

JACKSONVILLE take on Miami Dolphins at Spurs’ stadium this week.

They will discuss returning-to-action protocols and details about players having vaccinations.