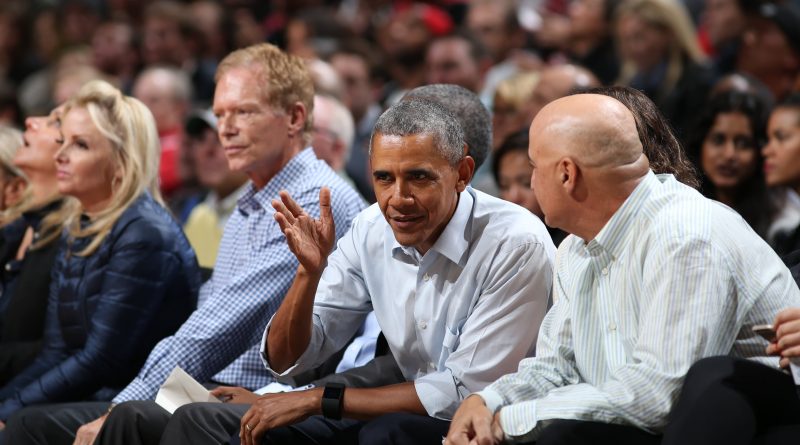 U.S. President Barack Obama attends the game between the Chicago Bulls and the Cleveland Cavaliers on October 27, 2015 at the United Center in Chicago, Illinois.

The NBA launched its Africa entity in May and values the business as a nearly $1 billion venture. NBA Africa oversees the BAL, which held its inaugural season last May, and has investors including Dikembe Mutombo, Grant Hill and Junior Bridgeman. The league said Obama would use his stake in NBA Africa to fund the Obama Foundation youth and leadership programs across Africa.

Under the leadership of CEO Victor Williams, NBA Africa wants to establish corporate partnerships, expand content and media rights, and support local governments seeking to build new basketball arenas. The BAL includes 12 teams, and league games air in 215 countries and territories, and the NBA envisions basketball being a top sport throughout Africa in 10 years.

Currently, 55 players who are either from Africa or whose parents are native Africans play in the NBA. Team owners view the BAL as a way to scout and develop talent throughout the rapidly growing continent and another route to expand its global appeal. Sports betting partners could also test new technologies in the league.

Benjamin Chukwukelo Uzoh 2nd R of Rivers Hoopers of Nigeria vies with Wilson Nshobozwa of Patriots Rwanda during the opening game of the the inaugural Basketball Africa League BAL in Kigali, capital city of Rwanda, May 16, 2021.

“The NBA has always been a great ambassador for the United States—using the game to create deeper connections around the world, and in Africa, basketball has the power to promote opportunity, wellness, equality, and empowerment across the continent,” said Obama in a statement. “By investing in communities, promoting gender equality, and cultivating the love of the game of basketball, I believe that NBA Africa can make a difference for so many of Africa’s young people.”

Obama praised the NBA’s “commitment to Africa, including the leadership shown by so many African players who want to give back to their own countries and communities.”

“We are honored that President Obama has become a strategic partner in NBA Africa and will support our wide-ranging efforts to grow the game of basketball on the continent,” added Silver via statement. “In addition to his well-documented love for basketball, President Obama has a firm belief in Africa’s potential and the enormous growth opportunities that exist through sports. NBA Africa will benefit tremendously from his engagement.”