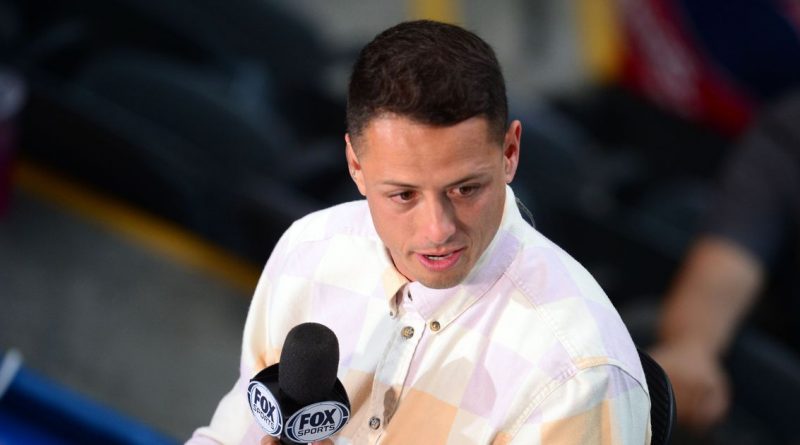 Maguire excited to welcome Ronaldo back to Man Utd

Former Manchester United forward Javier Hernandez has opened up on his battle with depression.

Chicharito picked up two Premier League titles during his United career and scored 59 goals in 157 appearances for the club.

The Mexican left to join Real Madrid on loan in 2014 before making a permeant switch to Bayer Leverkusen a year later.

Unspectacular spells with West Ham and Sevilla followed but Hernandez faced a true battle in 2020 due to difficult personal circumstances.

Hernandez was a fan favourite at Old Trafford
(

Like many across the globe during the pandemic-blighted year, a struggle with mental illness was brought on by the death of his grandfather.

Thankfully, Hernandez is appreciating life in 2021, hoping to continue his upward trajectory.

“I’m great, I’m happy, I’m very grateful for the place that I’m in because last year was very complicated for me as well, suffering a deep depression,” he told Manchester United’s official podcast, the UTD Podcast.

“I lost my grandad too and then had situations in my personal life that I needed to handle so I was in a very low place if I can call it that,” he revealed.

“Then I got out of the victim zone, took responsibility of myself, my life, took some decisions and I just wanted to live in the present, enjoy life and do what I love most which is playing soccer.”

Nicknamed ‘the Little Pea’ in his homeland, Hernandez’s career is still going strong in the United States and the striker is ensuring he makes the most of what will likely be his final years.

“I just want to give it all,” Hernandez stated.

“I [have] started investing a lot in myself time-wise as well, working with a lot of people around me on my food, my fitness, my physio, my emotions, my marketing, even style a little bit.”

Hernandez continued: “I just want to be true to myself and live the life I want and deserve regardless of the society that sometimes tells us what we should and shouldn’t do.”

The poacher also detailed his relationship and respect for former manager Sir Alex Ferguson, who brought him in for Guadalajara in 2010.

On how he was brought to Old Trafford, Chicharito said: “It was great, it was amazing and then when I arrived to the presentation he wanted to have dinner with myself and my family.

He added: “If he treats my family that way, man, I will vomit after every game if it helps him to achieve in games and championships. He was an amazing man. It’s hard to believe.”