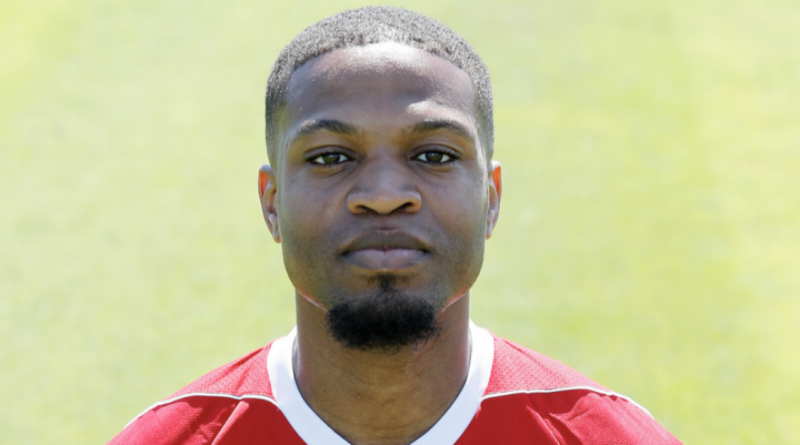 
The report claims Hoefdraad had attempted to intervene in an argument, before the gun was turned on him in a tragic incident in the Dutch capital

According to a report in De Telegraaf Hoefdraad was shot after an argument during a party in Amsterdam.

The police claim Hoefdraad was attempting to break up an argument before he was shot in the head.

He was rushed to hospital following the incident, but was pronounced dead on Monday.

A suspect has already been identified thanks to several witness statements, although the individual has yet to be arrested.

A spokesman for the Amsterdam police department has urged the suspect to come forward.

Jerge Hoefdqraad during his time with Almere City

The statement reads: “The detectives now have very strong indications about the identity of the man who is suspected of having fired the shots.

“The police are therefore calling on him to come and report himself.”

It continues: “The detective has started an extensive investigation and is urgently looking for footage and witnesses.

“At the time of the shooting, just before 6 o’clock, a party was going on in the building on Stekkenbergweg.

“For that reason, the police are urgently calling on witnesses who have not yet been spoken to to come forward.”

Hoefdraad started his career with Ajax before turning out for the likes of RKC Waalwijk, Telstar, Almere City and SC Cambuur.

Waalwijk handed him his senior debut and the club posted on Twitter: It is with great sadness that we have learned of the death of our former player Jergé Hoefdraad.

“RKC Waalwijk sympathizes with his family, friends and loved ones.

Former Liverpool winger Ryan Babel played alongside the Dutchman at Ajax and posted a tribute on social media following the tragic news.

Urby Emanuelson, another graduate of the Ajax academy also posted a message to his deceased friend which read: “Gone too soon”, along with a picture from their younger days with the caption “just kids with big dreams”.