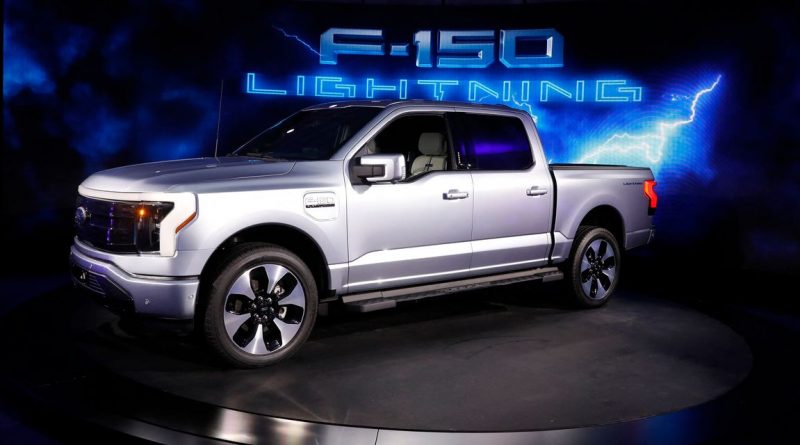 shares inched higher in the extended session after the news.

Ford was an early investor in Rivian, a maker of SUVs and electric pickup trucks that became a public company in November. Rivian’s well-heeled backers also include Amazon.com Inc.
AMZN,
,
with the EV maker making electric delivery vans for Amazon.

Rivian’s IPO was the largest of 2021, in itself a red-hot year for the IPO market, and the seventh-largest U.S. IPO by offer size in nearly 30 years.

Ford said it was detailing special items ahead of its fourth-quarter and full-year 2021 earnings report expected in Feb 3.

See also: More electric pickup trucks are coming to market. The question now is who will buy them?

The items are included in the reported GAAP net income and per-share earnings, but excluded from the non-GAAP adjusted earnings and adjusted EPS, the car maker said.

Ford also said it was recording about $1.7 billion in costs associated with buying back and redeeming high-cost debt in the fourth quarter, a step it took to “further strengthen the company’s balance sheet and reduce ongoing interest expenses.” The auto maker also reported a $3.6 billion non-cash benefit related to tax structure changes.

Ford stock has rallied in recent sessions, and is up 150% in the last 12 months, which compares with gains of around 22% for the S&P 500 index
SPX,

over the past year. Rivian stock on Tuesday ended at $73.16, closing below its IPO price for the first time.