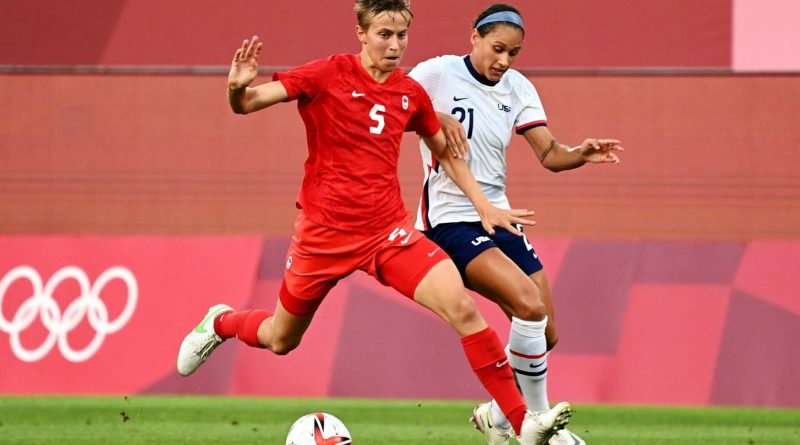 Following their win in the Olympic semifinal round against the US national team on Monday (2 August), the Canadian team will win at least a silver medal for football.

Although Quinn already won a bronze medal with the Canadian at the 2016 Rio Olympics, since then they have come out as trans, and revealed that their pronouns are they/them.

After today’s win against the USA, Quinn becomes the first out trans athlete to win an Olympic medal.

They are guaranteed at least a silver alongside the rest of their Canadian teammates. pic.twitter.com/DAH4AyPN0W

Last year, they wrote on Instagram: “Coming out is HARD (and kinda bs). I know for me it’s something I’ll be doing over again for the rest of my life.

“As I’ve lived as an openly trans person with the people I love most for many years, I did always wonder when I’d come out publicly.”

They explained that they “wanted to encapsulate the feelings I had towards my trans identity in one post but that’s really not why anyone is on here, including myself”.

Instead, they offered some tips for cis people to become better trans allies, explaining: “It’s a process, and I know it won’t be perfect, but if I can encourage you to start then it’s something.”

During the 2020 Tokyo Olympics, Quinn has already made history as the first openly trans athlete to compete, taking to the field for the opening women’s football match on 21 July.

Following the game, they wrote on Instagram: “First openly trans Olympian to compete. I don’t know how to feel.

“I feel proud seeing ‘Quinn’ up on the lineup and on my accreditation.

“I feel sad knowing there were Olympians before me unable to live their truth because of the world.

“I feel optimistic for change. Change in legislature. Changes in rules, structures, and mindsets.

“Mostly, I feel aware of the realities. Trans girls being banned from sports. Trans women facing discrimination and bias while trying to pursue their Olympic dreams. The fight isn’t close to over… and I’ll celebrate when we’re all here.”